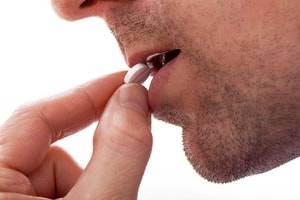 Truck drivers are theoretically better trained for driving and obeying traffic laws when compared with other drivers on the road. Operators have likely seen first-hand the damage caused by driving while intoxicated, at least when driving past the scene of an accident even if they were not directly involved. However, a recent study indicates that a staggering amount of these professionals continue to use and abuse drugs and alcohol while performing their job, and driving next to you on the highway. Using drugs or alcohol before getting behind the wheel of a car is dangerous; behind the wheel of a semi, the behavior is potentially catastrophic.

Tractor-trailer drivers have the responsibility to maintain an intense focus on the road at all times. Certain chemicals, such as alcohol, reduce one’s ability to concentrate, thus effectively impairing safe driving practices. It is illegal for all drivers to drive drunk, but for CDL holders or any other professional driver, the standards are much more strict. Instead of the 0.08 percent standard blood alcohol concentration (BAC) limit, semi drivers have a limit of 0.04 percent. Often, the companies for which these drivers work have a zero-tolerance policy when it comes to drunk driving; yet, violations still occur. Unfortunately, these vehicles can weigh up to 80,000 pounds, and the sheer size of them often produce fatalities in crashes.

More often than ever before we see drivers using “uppers” while driving professionally. Anyone who has traveled even a few hours at a time understands how exhausting monotonous driving can become. Truck drivers claim to look for an edge to increase energy and focus, making them more productive than their competition. Stimulants such as amphetamines and cocaine can cause drivers to stay awake and focused, but these drugs may also produce hallucinations, agitation, vertigo, and alter perceptions and reactions. Consumers of these chemicals have even experienced psychosis in extreme cases. A truck driver experiencing these symptoms puts all other drivers at risk.

Intoxicated Driving is no Accident

An accident occurs when someone of sound mind mistakenly crashes. A trained CDL holder who knowingly partakes in illegal drugs or alcohol and chooses to get behind the wheel of a vehicle also chooses to ignore not only the hours of training against such a decision but also explicit rules of the law. In doing so, these drivers recklessly endanger everyone on the road.

If you have lost a loved one or otherwise sustained injuries because of a negligent truck driver, a San Jose truck accident attorney can help. At Corsiglia McMahon & Allard, L.L.P., we help truck crash victims obtain full compensation for their injuries. Find out how we can help you with a free case review. Schedule your appointment today by calling (408) 289-1417.