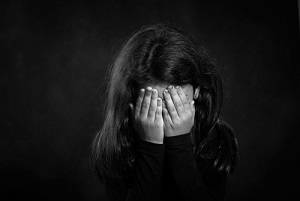 This summer, Governor Jerry Brown signed into law Senate Bill 14, which closed a legal loophole that previously allowed defendants in civil lawsuits accused of sexual abuse of a minor to argue that the sexual act was consensual. The passage of the bill was spurred by a 2011 case in which a 28-year-old teacher successfully argued that his 14-year-old student consented to sexual intercourse.

Individuals who have suffered sexual abuse can file a lawsuit against the offender in civil court. While criminal prosecutions can result in imprisonment in the event that the perpetrator is convicted, civil lawsuits are often the only way that a victim can collect monetary compensation.

Often, it is easier for plaintiffs in civil cases involving sexual abuse to show that the defendant is liable for the alleged act than it is to successfully prosecute a criminal case. This is in large part due to the fact that the standard of proof is lower in civil cases than in criminal contexts. In order to recover, a plaintiff need only show by a preponderance of the evidence, meaning that it is more likely than not, that the defendant committed the illegal act.

Consent as a Defense

While it has been clear for decades in criminal law contexts that minors are legally unable to consent to sexual acts, rules regarding civil law claims did not clarify under what circumstances a consent defense could be raised at trial. Senate Bill 14 confirms that consent can never be raised as defense in a case involving the sexual abuse of a minor by an adult in a position of authority.

The new bill also states that evidence of a minor’s sexual conduct with an adult can only be used as evidence in a court setting in very limited instances, including the following:

Sexual abuse has devastating consequences on the emotional and physical well-being of victims, especially when the victim is a minor and the perpetrator was a trusted adult. If you or your child has been the victim of sexual abuse, please contact the skilled San Jose personal injury attorneys at Corsiglia, McMahon & Allard, L.L.P. for a free consultation at (408) 289-1417.