Liability of Coaches and Trainers in California 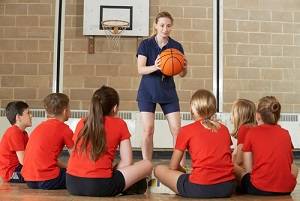 It is well established in California that, as a general rule, coaches and instructors owe a duty of care to individuals under their supervision or tutelage. The existence and scope of the duty of care, however, depends in large part on the nature of the activity and on the parties’ relationship to it. Furthermore, merely because a coach-player or instructor-pupil relationship exists does not mean that a defendant in a negligence case is unable to argue the defense of primary assumption of the risk.

Standard Duties of a Coach

A coach, trainer, or instructor typically owes his or her players or participants the duties of:

If a coach fails in these duties, he or she may be liable in negligence.

However, the defense of assumption of the risk applies to injuries sustained from risks that are “inherent in the sport.” It is understood that by participating in a sport or activity, each player is assuming some type of risk. Thus, an injury sustained at the hands of a co-participant in a sporting event is generally not considered to be negligence.

In order to defeat the affirmative defense of a primary assumption of risk and establish that an athletic coach or trainer is liable for an injury sustained during participation in a sport or activity, a plaintiff must prove that the defendant:

Alternatively, a plaintiff can also succeed if he or she proves that:

Examples of a failure to use reasonable care include a coach’s encouragement of a plaintiff to participate in a sport or activity when the individual was physically unfit, or allowing a plaintiff to use equipment deemed unsafe.

If the plaintiff is unable to establish these elements, then the primary assumption of risk defense will absolve a defendant coach or instructor of a duty of care toward the plaintiff in regard to the injury.

Injuries sustained during athletic activities can seriously affect your life. It is important to speak to an experienced attorney to determine whether you can recover for those injuries, especially if they were caused by an individual owing you a duty of care. Please contact the dedicated San Jose personal injury attorneys at Corsiglia, McMahon & Allard, L.L.P. for a free consultation.