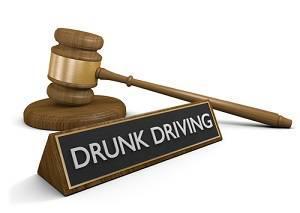 Drunk drivers cause accidents on roads across the United States daily. The devastation of a car accident caused by a drunk driver can be compounded if the driver is operating an 18-wheeler or semi-truck. The mere size of these vehicles increases the likelihood of a fatality if they are involved in a car accident with a small passenger vehicle. California law seeks to protect motorists who share the road with commercial trucks by increasing the amount of compensation a person who suffers injuries can receive if a commercial truck driver causes an accident while driving under the influence.

California law allows a person injured in an accident with a commercial truck driver to recover three times the amount of damages he would otherwise have received if:

Because in most cases a personal injury lawsuit also includes the negligent driver’s employer as a defendant, any treble (tripled) damages awarded in a case are likely to be borne by the trucking company or its insurance company, which means the injured person is more likely to receive the damages awarded.

Car accidents that are caused by negligent truck drivers may also result in other damages that do not necessarily apply in every car accident. For example, punitive damages may be awarded against a trucking company that allows or requires its drivers to drive more hours than allowed under state and federal regulations. Punitive damages are supposed to punish a defendant for particularly egregious behavior, and meant to also act as a warning to other companies not to engage in similar behavior that puts other drivers at risk.

Reach Out to Us for Professional Assistance

If you or a loved one has been injured in a car accident with a drunk truck driver, you may be entitled to three times the amount in damages that you would ordinarily have received. You should consult with an experienced truck accident attorney for an evaluation of your case. For a free consultation, contact the passionate San Jose personal injury attorneys at Corsiglia, McMahon & Allard, L.L.P., serving Santa Clara County, San Mateo County, Monterey County, Alameda County, San Benito County, and the Bay Area. We are eager to assist you with your case.