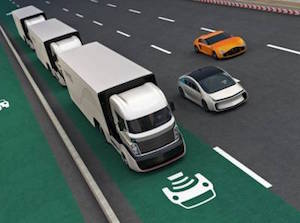 Throughout the country, commerce shows no signs of slowing down. Over the years, countless improvements in technology have resulted in innovations that better facilitate the flow of goods to the marketplace and consumers nationwide. It seems that we are on the verge of another major step forward, as driverless truck technology is beginning to emerge. This level of automation had sprouted up due to a general shortage of labor and the soaring costs related to truckers being on the roads for weeks at a time. Driverless trucks, however, are not without their risks, as heading into new and uncharted paved territory could mean accidents involving these large load-bearing vehicles.

A new age of Automation

Several large companies throughout the United States have begun trial runs of driverless trucks to determine the feasibility of adding the automated vehicles to their fleet. It is important to understand that “driverless” is a bit of a misnomer—at least for now. Autonomous vehicles still require a human to be present to take over control if and when the operating software is unable to perform a particular task or in an emergency. Meanwhile, the Federal Motor Carrier Safety Administration will need to consider several factors when determining what regulations may be put in place to govern their use, including:

It is possible that the technology will become more widespread sooner rather than later, and carrier companies may be able to actually attract more drivers. Current lulls in recruitment could also persist, however, as potential drivers may see autonomous trucks as eventually becoming so advanced that a human operator will no longer be needed in any capacity. Others maintain that the rates of commerce will increase rapidly regardless of driver availability.

While the industry is still in its infancy stages and possible federal regulations still being studied, the FMCSA is analyzing several factors including the public expectations of these vehicles. In addition, other key areas will need to be addressed such as licensing, safety features, inspection criteria, and required training before we can really know what to expect on our roads and highways. With many new developments, new innovations can hit roadblocks or cause incidents which many not have been accurately predicted.

Work With a Truck Accident Attorney

Driverless truck technology is on its way, and sooner or later, you will encounter one whether you realize it or not. If an accident occurs, it is important to understand that you may be in new legal territory. Fortunately, an experienced Monterey County truck accident attorney is equipped to provide the guidance you need along the way. Call (408) 298-7200 for a free consultation with Corsiglia McMahon & Allard, L.L.P. today.