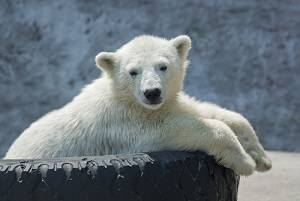 With the Oakland Zoo, the San Francisco Zoo, San Jose’s Happy Hollow Park & Zoo, and several local petting zoos, San Jose and the Bay Area are a great place for visiting zoos and observing animals. Zoos, however, come with a unique set of hazards. The close proximity of guests, workers, and wild animals mean that the risk of wild animal attacks is elevated.

Zoo attacks can result in severe injuries or death. In 2005 and 2008, the San Francisco Zoo made the news with two tiger attacks. Both attacks caused severe injuries, and one resulted in a young man’s death. More recently, an incident at the Cincinatti Zoo forced a response team to kill a gorilla to prevent it from injuring a boy who fell into the the animal's enclosure. Zoo owners must adhere to certain safety standards, including minimum enclosure wall heights, safe cage configurations, and strong building materials, to ensure patrons’ safety.

California law considers keeping a wild animal to be such a dangerous activity that the mere fact of owning one makes the owner strictly liable for any damages that result from any injuries caused by the animal. This means that the victim of an attack by a wild animal can recover damages from the animal’s owner without proving that the owner was negligent in ensuring others’ safety.

In California, this strict liability standard applies in private settings, including private zoos and petting zoos, where wild animals are kept. Thus, if a person is injured by an animal in a private zoo, he or she may hold the zoo strictly liable for the resultant injuries.

The strict liability standard does not apply, however, to governmentally owned zoos. In 1952, a California appeals court ruled in a case in which a man was attacked by a polar bear at the zoo. The court held that the strict liability standard does not apply to a public zoo because the governmental entity that owns and runs the zoo is carrying out a government function, and California’s sovereign immunity laws protect it from strict liability suits. Instead, public zoos may only be held liable if there is a dangerous, defective condition of property, and government officials, such as zoo managers, should have known about the condition but failed to repair it.

Those who are injured by wild animal attacks at public zoos should look for evidence that the zoo failed to meet industry safety standards. A zoo might be able to be held liable if enclosure walls are too low, cages are poorly and insecurely constructed, moats around enclosures are not wide enough, or employees carelessly left cages unlocked or unsecured. Victims also may be able to show that past attacks or unusually aggressive behavior put the zoo on notice of the hazard.

If you have been injured by a zoo animal or other wild animal, you need an attorney’s advice to help you obtain the compensation you deserve. Please call the skilled San Jose personal injury attorneys at Corsiglia, McMahon & Allard, L.L.P. at (408) 289-1417 to schedule a free initial consultation.