Workplace Violence Is a Serious Concern in Healthcare Jobs 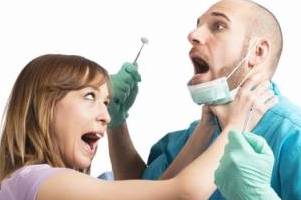 Violent injuries now account for more workplace injuries than construction and manufacturing, and the problem is especially prevalent in the healthcare industry. In the two-year span from 2011 to 2013, 75% of violent injuries in the workplace occurred in healthcare settings. The Occupational Safety and Health Administration (OSHA) reports that workers in hospitals are more likely to be injured than construction and manufacturing workers, two industries that have traditionally been dangerous lines of work. Some of the violent injuries in the healthcare industry can even result in death. Sadly, 76 individuals were killed as a result of workplace violence between 2003-2011. A group from Boston's Beth Israel Deaconess Medical Center (BIDMC) recently presented these staggering findings at the Association of PeriOperative Registered Nurses annual expo.

Most Violent Encounters at Hospitals Are Caused by Patients

Meg Femino is the senior director of the Institute for Healthcare Quality and Safety at Beth Israel Deaconess Medical Center. She is very concerned by the data regarding workplace injuries in the healthcare industry. “Those were really troubling numbers,” Femino declared. “Working in a hospital shouldn’t be more hazardous than construction. We realized something was seriously wrong.” Unfortunately, the startling statistics may just be the tip of the iceberg. Femino and her team found that most violent encounters are initiated by patients and that many of these encounters are never reported. Violent workplace injuries are not always obvious and injuries are not always physical. Verbal abuse or even just witnessing a violent interaction can cause psychological stress. In fact, the majority of violent encounters between patients and healthcare staff involved verbal abuse and threats.

The Workplace Violence Committee at BIDMC sifted through both national data and data from their own hospital. They also surveyed the hospital staff. The findings were clear. Of the 139 emergency department workers who witnessed or experienced violence during one of their shifts, only 17% reported the incident. Femino has several theories as to why workers do not report incidents of violence. One theory is that hospital staff are so busy and overworked that they found reporting violent incidents to be too troublesome and time-consuming. Reports of this nature involve a lot of paperwork, and hospital employees are not convinced it is necessary. Many nurses and doctors do not write up reports about the violent incidents they encounter because they believe that it will not be addressed by superiors. They think, if nothing is going to change, why bother?

At Cosiglia McMahon & Allard, L.L.P, we believe that victims of workplace violence should be entitled to receive compensation for their injuries, and we are equipped to help them seek justice. If you have been injured, contact an experienced San Jose workplace injury attorney today to explore your options. Call (408) 289-1417 for a free consultation today.