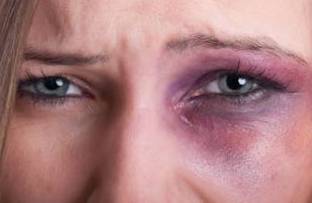 Nurses are the backbone of the healthcare industry. They ensure medication is administered, take vitals, perform critical tests, and have the most contact with patients. They also happen to have some of the highest injury rates in America. What is surprising is how those injuries are happening. It is not because of falls or being overly fatigued (which many are). Instead, it is due to workplace violence; more specifically, it is violence at the hands of their patients. Learn more about this type of workplace injury, including what to do if one happens to you or a loved one.

In an article from the Boston Globe, a 73-year-old nurse calls the violence against healthcare workers “the dirty little secret of nursing.” An advocate for reducing violence against nurses and the co-founder of Stop Healthcare Violence, a nonprofit aimed at making the workplace safer for nurses, the woman claims to have witnessed several acts of violence against fellow nurses, and even a few doctors. She recounted an incident where she, herself, was punched in the nose as a nursing assistant.

The Massachusetts native also claims to have witnessed another nurse being punched in the face, which then caused her to fall into a set of cabinets that injured her back, shoulder, and face. The nurse also reportedly suffered from posttraumatic stress disorder and eventually left her job. She says she also knows of a doctor that was punched by a patient for being late to an appointment.

To make matters worse, violence against healthcare workers is on the rise in America, and few are doing anything about it. In fact, many nurses are asked by their supervisors when they plan on returning to work, despite knowing that the nurse was recently assaulted. Some hospitals even discourage nurses from filing charges or contacting the authorities, which may leave the nurse feeling as though they, themselves, have done something wrong. If that is the case, does it also mean the nurses are being denied workers’ compensation, or are many simply afraid to file? While, ideally, one would hope that is not the case, it could be.

If you or someone you love has been injured on the job, contact Corsiglia, McMahon & Allard, LLP today. Dedicated and experienced, our San Jose workplace injury lawyers always strive for the most favorable outcome in a case and we will aggressively protect your rights. Call (408) 289-1417 and schedule a free consultation to get started.