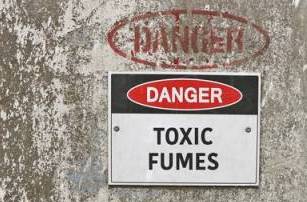 Toxic exposure is a serious threat to millions of American employees and hundreds of thousands of California workers. According to the Centers for Disease Control and Prevention (CDC), 13 million workers are at risk of dermal (skin) exposure to toxic substances alone. The California Labor Code requires employers to post warnings of possible toxic exposure, yet thousands are injured and become ill every year despite the legal requirements.

Employees who were injured by or became ill from exposure to a toxic substance while at work may have a more difficult time collecting compensation than they might assume. The cause of the injury may be clear to them, but their employer and insurance carrier might beg to differ. The causes of physical injuries are often easy to prove when a specific accident occurs, such as falling equipment that struck an employee from above. While chronic overuse injuries, such as carpal tunnel syndrome, or subjective injuries like back pain, can be more challenging to prove, a crushed arm that got caught in machinery quite obviously occurred on the job. Similarly, proving that a bad fall occurred on the job, which was witnessed by other co-employees, is not as difficult to prove as a chemical exposure injury or illness. Because of the tribulations involved in proving a toxic substance injury, it is imperative that you seek out the guidance of an experienced San Jose workplace injury attorney.

The main issue that you are up against when attempting to collect compensation through a personal injury lawsuit is proving that your illness was caused by conditions at work, as opposed to at home or somewhere else. While you may work around asphalt fumes at work and have suffered respiratory illness because of it, your employer may argue that the condition could have been caused elsewhere. In order to receive compensation for your illness or injury, you worker must be able to prove that the particular substance caused the injury, that the chemical is or was present at your worksite, and that the exposure did not occur outside of work, all of which are easier said than done.

There are literally hundreds, if not thousands, of dangerous chemicals and hazardous materials with which you may come into contact on regular basis. Some substances are more common in certain occupations and industries, while others are more universal. For example, asbestos exposure is generally prevalent in industries related to construction or demolition, while plastics manufacturing may involve caustic chemicals and dangerous vapors. Other substances, such as diesel exhaust, pesticides, and lead may be present in virtually any workplace, regardless of industry.

Many toxic substances cause serious, permanent respiratory conditions, birth defects, cancer, and even death. If you have been exposed to a toxic substance at work and have become ill because of it, contact an experienced workplace injury attorney in San Jose. Call (408) 289-1417 for a free consultation at Corsiglia McMahon & Allard, L.L.P., today.