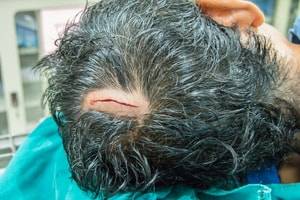 Thanks to a stellar marketing strategy, the Apple company is renowned for imagination, design, and innovation. An Apple product stands apart from the rest, and not merely because of the monochrome logo—Apple has a unique and identifiable design. It would only make sense that when building their new headquarters, named “Apple Park” in Cupertino, California, the company would push the boundaries of architecture as well. Unfortunately, functionality comes into question as workers are being injured as they walk into glass walls.

“The Spaceship Campus” is the fun name given to the multi-billion dollar campus, named so after its flying saucer-like design. Apple’s 12,000 employees began moving to the 175-acre campus at the beginning of this year. However, since January 2, 2018, the company has two incident reports of head lacerations, at least one of which was an employee.

Employees describe the new HQ as “overflowing with panes of glass,” which, like its phones, give the building an artistic design. The workspaces, known as “pods,” were constructed with a lot of glass, which, although beautifully attractive, may not fall within legal guidelines.

Have you ever seen a bird fly into a window? Birds hit at a full force because the they believe the pathway is clear. It is such a common occurrence that another company, Windex, made an entire commercial campaign surrounding the dangers of transparent windows. When you add in the fact that the Apple company has a large footprint in the cellular device market, the problem compounds.

Initial reports claim that employees are distracted by looking at their phones. The problem lies in the fact that California laws are in place to protect employees from such dangers. In Subchapter four of Construction Safety Orders, “ Employees shall be protected against the hazard of walking through glass by barriers or by conspicuous durable markings.”

What the Company Can Do

Anyone who has ever accidentally walked into a wall or a window knows that it is a painful experience—one that can result in injuries, especially if someone is in a hurry. Just as the Humane Society suggests that we protect birds from windows, the company can add something to the glass panes to indicate its presence.

Reportedly, employees added Post-It notes; however, the squares were removed because they detracted from the architectural design. To date, seven employees have sustained injuries, and local emergency services responded at least twice to the location.

If you or a loved one have suffered injuries, a San Jose, CA premises liability attorney can help. The experienced attorneys at Corsiglia McMahon & Allard, L.L.P. will thoroughly investigate your injury and will work to hold all accountable parties responsible, earning you monetary compensation. Call us today at (408) 289-1417 to schedule your free and confidential initial consultation.