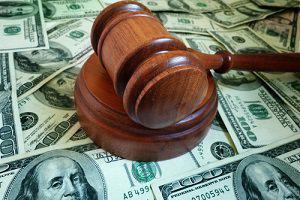 No one wakes up in the morning and heads into work expecting to be injured. Unfortunately, though, workplace injuries can and do occur with some degree of regularity. Workers’ compensation benefits are available to California workers who become sick or injured on the job, but sometimes these benefits may not be enough. In cases where a worker’s injury is caused by the carelessness of another, the injured worker can bring a third-party action against the careless person and/or his or her employer. This can enable the injured worker to collect damages that more fairly compensates him or her for his or her injuries.

Success in such a case involves proving the other party’s negligence. This requires evidence of the third party’s duty, breach, causation, and damages to the injured worker.

The first element of a successful case requires proof that the person who caused your workplace injury owed you a duty of care. This is rarely contested as individuals generally owe one another an obligation to act in a reasonably careful manner. This means a heavy equipment operator needs to be properly trained and follow safety precautions when operating the machine. Someone who is using a power tool should do so in a reasonably safe manner.

Next, an injured worker must show that the negligent or careless person’s actions caused his or her injuries. This can be one of the most hotly contested parts of the case. When there are witnesses and/or evidence that show the actions that caused the injury – for instance, several workers who saw the heavy truck back up over your foot without the driver first looking behind the truck – causation can be easy. Where there were a series of events set into motion by the careless acts of the other person, causation can be more complicated to show.

Finally, the injured worker must show (with at least some measure of exactness) that he or she was injured or incurred some “damages” as a result of the other person’s actions. Some damages are easy to show – medical bills, time missed from work (as evidenced by your paystubs) and other such damages are rarely contested. Other damages like pain and suffering or lost future earnings can be more challenging.

Even if your workplace injury case appears straightforward, the assistance of a skilled San Jose workplace injury attorney can increase your chances for success. If you are injured in a workplace incident in the San Jose area, contact Corsiglia, McMahon & Allard, L.L.P. at (408) 289-1417 for a free consultation.