Willful Safety Violations and Carelessness: When Your Employer is Responsible for Your Injuries 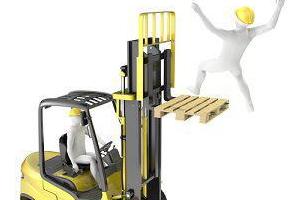 The Los Angeles’ district attorney’s office announced late last month that Bumble Bee Foods, along with two employees of Bumble Bee, will face criminal charges in the 2012 death of a worker at Bumble Bee’s Los Angeles plant. In October 2012, a worker entered one of the plant’s large pressure cookers used to sterilize cans of tuna. Two other employees claim they inadvertently closed the pressure cooker while the other worker was still inside before starting the cooker. Over the course of the cooker’s two-hour cycle, temperatures inside the cooker reached over 250 degrees Fahrenheit.

Why “Willfulness” and Intention Matter for Workplace Injury Civil Cases

Bumble Bee claims that this was a tragic accident caused by carelessness. The Los Angeles district attorney’s office, however, sees things differently and claims Bumble Bee Foods “willfully” violated safety rules. The difference between the language used by each side is more than just semantics.

What is “Serious and Willful Disregard” or "Intention?"

Serious and willful disregard exists when an employer or other party should reasonably know that a hazard or risk to worker safety exists but chooses not to address the matter. Essentially, it represents “turning a blind eye” to workplace danger. An example would be an employer who is told by safety inspectors that a particular machine is in danger of malfunctioning but the employer takes no action in repairing the machine and requires workers to continue using it.

Intentional conduct exists when an employer or fellow employee makes a conscious decision to cause harm to you. A boss who punches you for being late has acted intentionally. If the two charged Bumble Bee workers saw the other employer in the pressure cooker but decided to close and start the cooker anyway, this too would be intentional conduct.

Why Does any of This Matter?

Likewise, if a third party (that is, someone other than your employer or a fellow employee) contributed to your injuries, you may be able to file a civil suit against that third party in addition to receiving workers’ compensation benefits. Depending on your situation, you may find that your employer’s workers’ compensation carrier is willing to cooperate with your third-party liability attorney in pursuing the civil lawsuit.

If you have been hurt on a San Jose or Bay Area worksite by an intentional act committed by your supervisor or a fellow employee, or because of the actions of a third party, contact a skilled San Jose workers’ compensation attorney at Corsiglia, McMahon & Allard, L.L.P. We can evaluate your intentional workplace injury case and advise you of your rights to damages. We will also work with you to create a trial strategy designed to get you the maximum amount of compensation permitted. Contact us today for a free consultation at (408) 289-1417.