Who is an Independent Contractor? 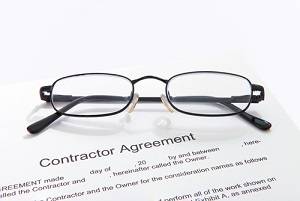 Not all workers are employees. Some workers work on a per-project basis and instead of committing themselves to one employer full time; they are contracted for specific projects or time periods. These individuals are known as independent contractors. There are many factors that differentiate independent contractors from employees, one of which is their options if they are injured in a workplace accident. Employees are often entitled to receive workers' compensation, which is a type of insurance that most employers are required to carry to cover such damages. Independent contractors, on the other hand, do not have this option.

Independent contractors are defined as such by a list of characteristics published by the Internal Revenue Service. When an individual is an independent contractor, among other considerations, he or she pays his or her own taxes, rather than having taxes withdrawn by an employer.

The IRS' Definition of an Independent Contractor

According to the Internal Revenue Service (IRS), an independent contractor is an individual whose work meets the following requirements:

Independent contractors are generally not entitled to take sick leave or vacation time from their work – instead of being a part of the company, they are short-term workers brought in to complete specific tasks.

Misclassification of Employees as Independent Contractors

Sometimes, employers classify employees as independent contractors in an attempt to save themselves money. When this happens, the worker is the one who is negatively impacted because he or she does not have the right to receive certain perks, like workers' compensation or protections afforded to employees under the Civil Rights Act of 1964. If you suspect have been misclassified, be proactive and take the legal steps necessary to change your classification status.

When an employee is injured in a workplace accident, he or she is usually entitled to receive compensation through a workers' compensation claim. When an independent contractor is injured in a similar accident, he or she is not entitled to receive workers' compensation. However, an independent contractor may be able to recover damages through a workplace accident claim. To discuss this topic further with an experienced San Jose workplace accident attorney, contact Corsiglia, McMahon, & Allard, L.L.P. to schedule your initial legal consultation. We proudly serve clients throughout the Bay Area, San Mateo County, Alameda County, San Benito County, Monterey County, and Santa Clara County.