Trial Attorneys Helping Injury Accident Victims
Results Count. Hundreds of Millions Won for Injured Victims.
Contact Us
Home
Articles
Which Workers are Most at Risk of Being Injured in the Workplace?

Which Workers are Most at Risk of Being Injured in the Workplace? 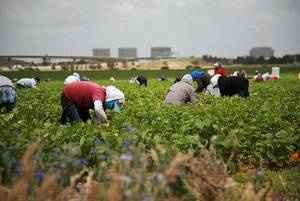 Workplace injuries can happen anywhere, to anybody. They can even happen to workers in the most seemingly-safe jobs, like programming and retail work. Although this risk is present across occupational fields and positions, there are certain jobs that come with a greater risk of injury than others. Individuals in these positions should know the risks they face and the steps they need to take to minimize their risk of injury.

If you have been injured in a workplace accident, do not face your damages alone. You could be entitled to compensation for your losses through a workplace injury claim.

From 1992 to 2015, the overall rate of workplace fatalities in the United States declined. However, the workplace fatality rate for foreign-born workers increased. Immigrant workers tend to take on more dangerous jobs because of the fewer opportunities that tend to be open to them. This can be because of low education levels, poor English skills, and individuals being in the country illegally. Despite this statistic, the actual rate of workplace injuries and fatalities for immigrant workers might actually be much higher because of the tendency to not report these accidents. This issue is especially pervasive among immigrant workers of Hispanic heritage.

Hospital workers are at a greater risk of being injured on the job than those in many other fields. This is because of the physical nature of this type of work and long shifts often required of hospital employees, driving them to the point of exhaustion and sometimes, burnout.

Workers are at a higher risk of being injured at work during their first six months on the job than they are after reaching this milestone. This is because when an individual is new to a job, he or she is often unaware of how to perform it safely and might underestimate the actual demands of the position. In relation to this, younger workers also tend to become injured at a higher rate than their older colleagues, largely because the heavy lifting of manual jobs is often put upon them.

Perhaps not surprisingly, firefighters and law enforcement officers are also at a higher risk of being injured at work than individuals in other positions. This is largely because of the physical nature of these jobs and the long shifts, like hospital workers, that these individuals often work.

Although no worker is completely safe from being injured in the workplace, some are at a much greater risk of being injured than others. Despite taking the safety precautions required for your job, you could still be injured in a workplace accident and find yourself facing significant expenses. If you are in this position, consider filing a workplace injury claim for monetary compensation. Learn more about filing this type of claim with help from an experienced San Jose workplace injury attorney at Corsiglia McMahon & Allard, L.L.P. today.