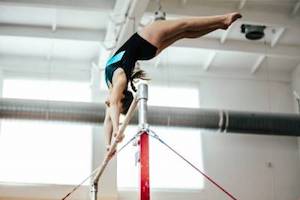 A few months ago, a post on this blog talked about a former team doctor for USA Gymnastics (USAG) who had pleaded guilty to three criminal counts related to child pornography. At the time, there was a great deal of public outcry regarding the plea bargain, as the deal included a guarantee that the doctor would not face federal charges for the sexual abuse alleged by four young women. The doctor was sentenced to 60 years in prison for the child pornography charges.

While the plea deal with prosecutors meant that the doctor would not face federal charges related to specific allegations of sexual abuse, other charges were pending in Michigan criminal court. In fact, the 54-year-old man pleaded guilty to seven counts of criminal sexual conduct in one Michigan county and three similar counts in a second county. Last week, the doctor was back in court to face sentencing for the seven counts in Ingham County.

“You Still Don’t get It”

The once-renowned sports physician sat in a Lansing courtroom for several days listening as more than 150 women and girls said that he abused them. Before announcing the sentence, the judge read a letter that the doctor wrote to the court in which he insisted that he was a “good doctor” and that the girls who are now coming forward “are the same ones that praised and came back over and over.” The letter also claimed that the media convinced the girls that they had been victims.

As she finished reading, the judge tossed the letter aside and said it “tells me you still don’t get it.” The judge then handed down a sentence of 40 to 175 years in prison, calling it her “privilege” to put him away for good. When added to the 60 years he is already serving on the federal child pornography charges, the doctor will spend the rest of his life in behind bars. Additional sentencing for the three remaining counts could be completed as early as this week.

While the criminal portion of the doctor’s case is drawing to a close, the fallout is just beginning. Dozens of alleged victims have filed civil lawsuits against the doctor, as well as against USA Gymnastics, Michigan State University—the school where the doctor was based—and a number of other trainers, coaches, and influential individuals.

The entire USAG board of directors has resigned in the wake of the scandal, largely prompted by the urging of the United States Olympic Committee. Michigan State’s president also resigned, and the interim replacement will be responsible for dealing with the pending lawsuits. If any of the people or entities named in the lawsuits are found to share in the responsibility for allowing the doctor to continue his pattern of abuse, they could be liable for financial restitution and damages to the victims.

Attorney Robert Allard, a partner at Corsiglia McMahon & Allard, L.L.P., is a well-known advocate for sex abuse victims in California, and he understands the devastating nature of such cases. If you or child has been sexually abused, contact an experienced San Jose sex abuse attorney for help today. Call (408) 289-1417 for a free, confidential consultation.