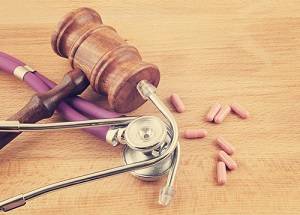 The first of many federal lawsuits concerning birth defects allegedly caused by the drug Zoloft is set to get underway this week. Introduced to the market in 1991, Zoloft became one of the most widely prescribed antidepressants in the country, until a recent study was published by the Centers for Disease Control and Prevention. The study revealed that, when taken early in pregnancy, selective serotonin reuptake inhibitors (SSRIs), such as Zoloft, make it two to three times more likely that a baby will be born with certain birth defects. Since this information was made public, thousands of mothers who took the drug while pregnant have filed product liability claims against Pfizer, the maker of Zoloft. The plaintiffs claim that Pfizer failed to warn about the risk of taking the drug while pregnant.

SSRIs like Zoloft were approved to treat depression, anxiety, and obsessive-compulsive disorders. While the drug proved effective as a treatment for these medical issues, studies have since revealed that infants born to women who took the drug during pregnancy had a much higher chance of having heart, skull, and brain defects. Some of the most common birth defects linked to the drug include:

Aside from these devastating physical birth defects, researchers have also discovered a link between the use of SSRIs during pregnancy and long-term neurological effects on fetuses. One study, published last year revealed that taking SSRIs during pregnancy increased the risk of infants developing autism by up to 200 percent.

Drug manufacturers have a duty to warn doctors and patients about the foreseeable risks and side effects of using their products. This includes listing all side effects on labels and in advertisements that target patients. A failure to warn is a breach of a drug manufacturer’s duty of care to consumers, which means the company can be held liable for injuries sustained due to the use of its products.

For claims based on birth defects, parents may be able to obtain compensation from drug manufacturers for medical costs, such as the surgeries, therapy, and medication necessary to maintain a child’s health.

Serious birth defects will require hours spent in hospitals, which may make it difficult for a parent to work full-time. In such cases, parents may be able to recover lost wages for the income they would have been making had their child not required additional medical care. Finally, judges may also award punitive damages in cases where drug manufacturers showed a blatant disregard for the safety and health of patients.

If your child has suffered a birth defect because of a drug manufacturer’s failure to warn of side effects and risks, an experienced attorney can help you recover compensation for your injuries. Please call the passionate San Jose personal injury attorneys at Corsiglia, McMahon & Allard, L.L.P. to schedule an initial consultation.