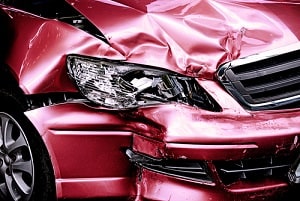 Each year, there are more than 6 million traffic accidents that cause property damage or bodily injury in the United States. California has more licensed drivers than any other state, making accidents on California roadways virtually inevitable, and some of them, unfortunately, are fatal. According to safety advocacy groups, the number of auto-related fatalities nationwide dropped slightly in 2017 compared to previous years. Some, however, are concerned that the number of deaths is not dropping fasting enough.

The National Safety Council (NSC) is a non-governmental, non-profit group based in Illinois that seeks to eliminate “preventable deaths at work, in homes and communities, and on the road through leadership, research, education, and advocacy.” The organization that 2017 saw 40,100 motor vehicle -related fatalities—a number which includes pedestrians and cyclists. The number represents about a 1 percent decrease from 2016, when 40,327 individuals were killed.

The NSC points out that its estimates are not comparable to those released by government agencies like the National Highway Traffic Safety Administration (NHTSA) for several reasons. First, the NSC gathers data on accidents that occur on both public and private roadways, including parking lots and driveways, while the NHTSA only looks at public roads. The NSC also includes non-traffic deaths such as a child who is hit by a car that is backing out of a driveway. Finally, the NSC window for accident-related deaths is one year from the date of the accident while the NHTSA only allows 30 days for a death to be considered accident-related.

While any drop in the number of motor vehicle deaths is good news, officials from the NSC are concerned about the apparent lack of progress in certain areas. According to Deborah Hersman, CEO of the National Safety Council, traffic-related deaths should be falling faster considering the advancements in car safety features, such as assisted braking, crash avoidance, and other technology. “The situation is not getting better,” she said.

Hersman points to increasing speed limits in many states and the prevalence of distracted driving as reasons for the slow progress. It is difficult, however, to know exactly how much of a role distracted driving plays in an accident. “Police reports on accidents often don’t report if the driver was distracted, and in many accidents, people don’t self-report themselves.”

Fatality numbers are dropping faster in cities and states that are taking definitive action, Hersman said. In New York City, for example, officials have lowered speed limits, added bike lanes, and provided more shelters for pedestrians. The NSC estimates that traffic fatalities in New York dropped by 3 percent in 2017 and 15 percent over the last two years.

A car accident can change the course of your life forever, even if nobody is killed. If you or someone you love has been injured in any type of roadway crash, an experienced San Jose personal injury attorney can help you explore your options for collecting compensation. Call (408) 289-1417 for a free consultation at Corsiglia McMahon & Allard, L.L.P. today.