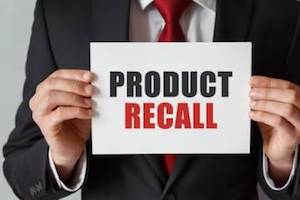 Under California’s product liability law, businesses who manufacture or sell consumer products are liable for any injuries caused by defects in those products. Throughout the last few decades, millions of products have needed to be recalled after it was discovered that they posed a danger to consumers. The following products were ones that required safety recalls in staggering numbers due to the serious dangers they posed:

These stretchy slings are intended to allow a person to carry an infant while allowing the wearer use of his or her hands and arms. The sling was designed hold the infant close to the person wearing the product and, unfortunately, posed a severe suffocation risk. Approximately one million of the baby carriers were recalled in 2010. Infantino admitted that the SlingRider presented a "risk of suffocation" when used with infants younger than 4 months. Several infant deaths have been blamed on the product, including one which resulted in the baby’s mother receiving an $8 million settlement.

Tire manufacturer Firestone was forced to recall 6.5 million tires in 2000 after an extremely dangerous defect was discovered. Tires were prone to blowing out after their treads peeled off during use. Firestone tires’ tendency for failure was linked to nearly 175 deaths and more than 700 injuries. Experts also believe that sales of new vehicles equipped with Firestone tires were affected for several years following the recall.

Over 2 million Simplicity cribs were recalled after they were found to have deadly defects in 2005. The crib's drop side can detach, causing a space between the drop side and crib mattress into which babies could roll. This is thought to have caused infants to be trapped or even suffocated by the crib. As many as eleven infant deaths have been connected to the cribs, and drop-side cribs are no longer available at most retailers.

Have You or a Loved One Been Injured by a Defective Product?

When a parent lays their baby in its crib, they should not have to worry that the baby will be injured by that crib. Similarly, a person who gets in their car to go to work should not have to worry that their tires will blow out on the interstate. Product manufacturers have a responsibility to ensure that their products are safe for consumers to use.

If a manufacturer’s defective product causes a person injury, that person may be entitled to financial compensation. If you have been hurt by a defective or unsafe product contact a knowledgeable San Jose product liability attorney. The skilled attorneys at Corsiglia McMahon & Allard, L.L.P. can help you understand your legal options and will fight for your rights. Call us at (408) 289-1417 today.