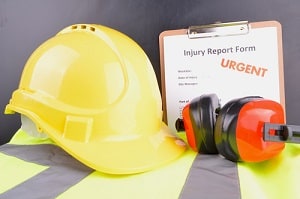 What is the most common way in which workers get injured on the job? Repetitive motion injuries? Accidental laceration or burn in a kitchen? Drowning from fishing at sea? Most people probably would not include “falls” multiple times of varying type on the list, let alone put it at the top, yet falls account for a large percentage of all workplace injuries nationally, and are a major source of both fatal and non-fatal injuries. The following is a 2012 national list compiled by Liberty Mutual Research Institute. The information was gathered by the company’s workers’ compensation claims data, as well as data from the National Academy of Social Insurance and the Bureau of Labor Statistics. Only injuries that lasted six days or longer were included in the count:

Just because the cause and severity of your injury may be obvious to you, your family, and your coworkers, that does not mean that you will automatically receive the compensation that you deserve. In many cases, workers’ compensation benefits are not sufficient and a third-party liability claim is necessary.