The Top Causes of Auto Accidents According to 2017 Statistics 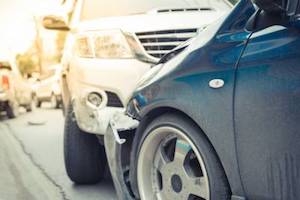 In the United States, approximately 3,200 people leave their homes unaware that they will not return. This number is the average daily amount of fatalities resulting from auto accidents.

Road traffic injuries are on the rise and are predicted to potentially become the fifth leading cause of death by the year 2030. Interestingly, males are statistically twice as likely to die in a car accident than females. The 2017 trends indicate that many of the year's 35,000 deaths were preventable and occurred needlessly due to negligence.

Speeding is consistently one of the leading causes of traffic fatalities. For the past decade, speeding has played a factor in approximately 30 percent of motor vehicle crash deaths. Speeding includes not just racing but also driving too fast for the current road conditions or over the posted limit.

Driving under the influence of alcohol is another top contributor to crash-related deaths. On a daily basis, 28 people die needlessly, equating to one every 53 minutes. Drunk driving accounts for 30 percent of traffic-related deaths.

The National Highway Traffic Safety Administration defines a distraction as any activity that takes the driver’s attention away from the road, diverting it to another task. While talking to passengers, eating, or adjusting the radio or climate control settings certainly distract drivers, the most concerning is the use of a cell phone. Cell phone usage includes talking, texting, recording video, scrolling social media, or even utilizing the map functions.

Running red lights is a dangerous habit that cost approximately 700 people their lives each year. According to the National Coalition for Safer Roads, the afternoon is the most common time for red-light running. Other statistics show:

One in three adults does not get enough sleep at night, according to the CDC. Some people thrive on a fast-paced lifestyle; however consistent sleep deprivation causes problems within the body, including in the brain. About 83,000 accidents occur annually because of drowsy driving. New studies indicate that driving while tired may be as dangerous as DUI.

Preventable Injuries The only other factor not mentioned here that played a role in accidents in 2017 is poor weather conditions. All other factors ranked in the top seven

contributors to accident-related injury and death are preventable. If you or a loved one sustained injuries in an automobile accident, it is essential to contact a Monterey, CA car accident injury attorney. Corsiglia McMahon & Allard, L.L.P. will research your case and hold the negligent parties accountable for their actions, earning you the monetary compensation owed. Call us today for a free consultation at (408) 289-1417.