The Role of Arbitration in Personal Injury Cases 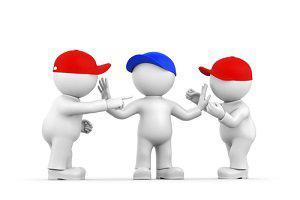 In many personal injury cases, the parties settle, coming to an agreement without going to court. One technique used in California to resolve disputes outside of court is arbitration, which is a form of alternative dispute resolution. In arbitration, an arbitrator hears evidence and makes a decision as to who wins the case and the amount of damages to be awarded. Arbitration is often chosen because it is usually cheaper and faster than going to trial.

An arbitrator is an impartial third party, who has no other interest in the case. The role of an arbitrator is similar to that of a judge—hearing and reviewing evidence. Arbitrators are usually experienced lawyers or retired judges.

Arbitration is similar to a trial, but less formal. Parties going to arbitration should be represented by an attorney, like they would be at trial. Before the arbitration hearing, the parties conduct discovery, deposing witnesses and collecting evidence.

The arbitrator then reviews the evidence and decides who wins the case and determines how much will be awarded in damages. Often, the arbitrator puts the decision in writing and sends it to the parties.

The decision will either be binding or non-binding, depending on the type of arbitration. If the arbitration is binding, the arbitrator’s decision is final and is entered as a judgment, giving it the same force as a court order from a judge. However, there is generally no appeal from the award in binding arbitration.

In non-binding arbitration, either party may reject the arbitrator’s decision. If neither party rejects the decision within a set period of time after the award is made, it is entered as a judgment and becomes binding at that time.

Arbitration is confidential. This means that if the parties later go to trial, they may not refer to the arbitration at trial. Additionally, evidence used at arbitration may not automatically be used in the trial, but may only be used if it is otherwise admissible.