The Risks of Driving Without Insurance 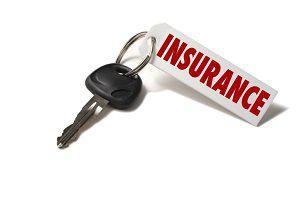 Driving a motor vehicle without auto insurance is obviously risky and can cause problems if you get into an accident. However, it can have even more risks than you might realize. If you are injured in a car accident and sue the person who hit you, you normally can get compensation for medical expenses, lost wages, pain and suffering, etc.. If you are uninsured, though, California law prevents you from being able to recover noneconomic damages, which means that you cannot collect damages for pain and suffering.

In 1996, California voters passed Proposition 213, which states that in a personal injury suit, if the injured person was operating a vehicle at the time of the accident and was uninsured, he or she cannot recover noneconomic damages. Noneconomic damages can include compensation for serious harms such as pain, suffering, disfigurement, physical impairment, inconvenience, loss of consortium, and more. The prohibition against collecting noneconomic damages also applies to drunk drivers. Its purpose is to encourage drivers to obtain insurance.

The prohibition against noneconomic damages applies to uninsured drivers even if the accident was not their fault, as well as if the uninsured drivers contributed in some way to the damage. It even includes incidents where the injury was not caused by a car accident, but did arise out of the act of driving.

In a 2010 case, a woman spilled scalding coffee on her lap at a fast food drive-through, receiving second degree burns. She was driving at the time, and was uninsured. The court ruled that, even though her injuries were not caused by a car accident, the statute applied to her case. Thus, she could not collect damages for pain and suffering, even though the fast food restaurant was negligent in not securing the lid of the coffee cup. This was because her injuries arose out of her driving the car without being insured.

An exception to the prohibition exists for those who are hit by drunk drivers. If the person who caused the accident was convicted of drunk driving, the injured person may collect noneconomic damages, even if he or she was uninsured.

Pain and suffering damages can be significant, and accident victims can sometimes collect large sums of money for noneconomic damages. Not being able to collect these damages can have serious consequences. For example, if an uninsured driver loses a leg in a car accident, he or she may collect lost wages and medical bills, but no compensation will be available for the loss of the use of the leg for the rest of the driver’s life, or for the physical or emotional pain of losing a limb.

Injuries from a car accident can be very severe, and an experienced attorney can help you understand your rights to damages. Please contact the skilled San Jose personal injury attorneys at Corsiglia, McMahon & Allard, L.L.P. for a free initial consultation at (408) 289-1417.
Contact Us
Practice Areas
Client Reviews
★★★★★
I absolutely cannot speak highly enough of CMA Law, particularly of Mr. McMahon, with whom I have had the most experience. My entire family and I trusted CMA with our case following a significant and life-altering vehicle accident, and to say they delivered is putting it lightly. They were reachable & personable at every stage of this arduous, complex, and scary process, made things easier at every stage, inspired us with confidence, and delivered results. If you're looking for a law firm to place the trust of you in your family in, look absolutely no further than CMA - this is your firm. Declan O.
★★★★★
I suffered a severe spinal injury while working as a farm mechanic in the Salinas Valley. The attorneys -Tim McMahon and Mark Sigala were fantastic from the beginning. They fought for me over 3 long years and in the end, we won a difficult liability case against the farm company who was using dangerous equipment. The defendants in the case tried everything to put the blame on me and even claimed I was their employee in order to avoid civil responsibility. Tim and Mark never gave up on me and my case. I cannot recommend them highly enough. They are fighters. Adrian A.
View More Reviews
Submit a Law Firm Client Review