The Possible Effects of Legal Marijuana on California Car Accidents 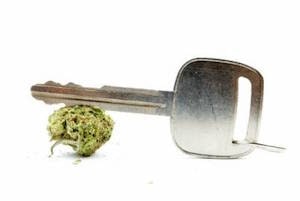 It has been almost a full year since voters in California passed Proposition 64 to legalize the recreational use of marijuana for adults. The legalization is set to take effect on January 1, 2018, and officials hope to have retail marijuana stores ready to open by that date. While the debate continues regarding the role that the state government should play in regulating the growth, sale, and taxation of the drug, there is another concern that many across the state share. Other states in which recreational marijuana has been legalized have seen an increase in the number of car accidents in the years that followed legalization—a trend which could continue in California beginning next year.

In recent months, two separate studies have been released, each of which looked at accident statistics in certain states both before and after the legalization of recreational marijuana use. The first study was commissioned by the Insurance Institute for Highway Safety. Analysts examined claims submitted to insurance companies for car accidents from 2012 through 2016. Washington and Colorado both legalized adult marijuana use in 2014, followed by Oregon in 2015. The study compared the accident rates in these states to the rates in states that did not amend their marijuana laws. The researchers determined that accident rates in Colorado, Washington, and Oregon were about 3 percent higher than they would have been if marijuana had not been legalized.

The second study looked specifically at the rate of auto accident fatalities and was published in the American Journal of Public Health. The survey examined federal crash data on car accidents that resulted in at least one death between 2009 and 2015. The study’s findings indicated that there was no statistically significant increase in crash fatalities in Washington and Colorado following the legalization of recreational marijuana.

While the two studies may seem to present contradictory findings, the reality is that they could both be accurate. One study looked at the rate of accidents of all types while the other considered traffic deaths. Applying the findings to California could mean that the number of car crashes statewide is likely to increase—at least slightly—while the rate of accident-related fatalities could remain about the same as today. Of course, any increase in the number of car accidents is concerning, but safety and public health officials tend to focus more on deadly crashes than those that are nonfatal. Thus, a few more fender benders could just be the price that Californians will have to pay for legalized recreational marijuana.

Regardless of whether marijuana was involved or not, if you have been injured in an auto accident, you may be entitled to collect compensation from the at-fault party. Contact an experienced Monterey County car crash attorney to discuss your case and to explore your available options. Call (408) 298-7200 for a free consultation today.