The Most Dangerous Jobs in America 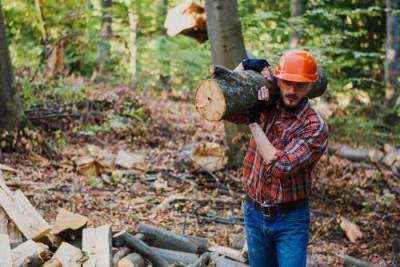 When you go to work every day, no matter what you do for a living, there is a chance that you could be injured. While the job itself may not be particularly dangerous, you could slip on the way to the bathroom, you could be hit by the unexpected opening of a door, or your office chair could break, sending you sprawling to the floor. For some people, however, the risks of injury at work are much greater. Recently, a popular data analysis website took a look at the injury rates of more than five dozen occupations and compiled a list of America’s most dangerous jobs.

The analysis was conducted by a team at 24/7 Wall St., an internet company that creates original content regarding financial news and opinions. The researchers examined data from the Bureau of Labor Statistics to calculate fatality and non-fatal injury rates per 100,000 full-time equivalent workers. Based on those rates, the three most hazardous jobs in the U.S. include:

While it is hardly surprising that loggers and commercial fishers face serious workplace dangers, there were a few entries on the list that may be a bit unexpected—or at least their position on the list. For example, groundskeepers—including landscapers and lawn care professionals—represented the 11th most dangerous occupation while taxi drivers and chauffeurs were 17th. Professional athletes, officials, and coaches were 20th on the list.

Regardless of how you make a living, an injury on the job can dramatically impact your life. Fortunately, you may have options for collecting compensation for your injuries. To learn more, contact an experienced San Jose workplace injury attorneys at Corsiglia McMahon & Allard, L.L.P. today. Call (408) 289-1417 for a free, no-obligation consultation.