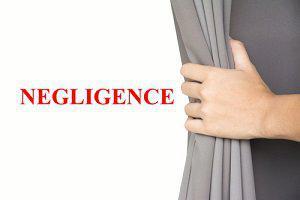 Res ipsa loquitur is a Latin phrase, which literally translates to “the thing speaks for itself.” An essential part of any personal injury case is being able to show that the other party’s wrongdoing or negligence caused the injury at issue. Sometimes, an injured party is unable to show direct evidence of negligence. Fortunately, California’s doctrine of res ipsa loquitur means that circumstantial evidence may be sufficient if the injury was of the sort that would not normally occur absent negligence.

The use of res ipsa is common in medical malpractice cases, in which injured patients often do not have access to evidence of a medical professional’s negligence. For example, it may be used to show that a physician was negligent in performing a surgery while the patient was unconscious, and thus unable to observe or collect any evidence of negligence.

First, the type of injury must be the sort of that does not ordinarily happen if the defendant takes proper care. For example, a man injured himself when a restaurant’s counter stool fell off its base. Under ordinary circumstances and when used normally, stools do not fall apart without some negligence.

Finally, the accident must not have occurred because of the injured party’s voluntary actions or contributions. The man in the stool case sat on the stool in an ordinary fashion, tilting it only about an inch. Thus, all three requirements for res ipsa loquitur were satisfied in the case, and the doctrine applied.

The difficulty in res ipsa cases is usually showing the defendant’s exclusive control. In another case, a woman was walking on the sidewalk adjoining a hotel, when she was hit on the head by an armchair that fell out of a window of the hotel. She brought a res ipsa suit against the hotel. Though being hit by a falling armchair is the sort of accident that does not ordinarily occur without negligence, and though the woman’s actions did not contribute to the injury, her res ipsa claim failed. This was because the hotel did not have exclusive control over the furniture in its rooms, because it gave partial control to its guests.

If you believe that you have been injured by another’s negligence, but have only circumstantial evidence, an experienced attorney can help you determine whether the doctrine of res ipsa loquitur will apply. Please contact the dedicated San Jose personal injury attorneys at Corsiglia, McMahon & Allard, L.L.P. for a free consultation today at (408) 289-1417.