The Exceptional Rights of California Motorcyclists 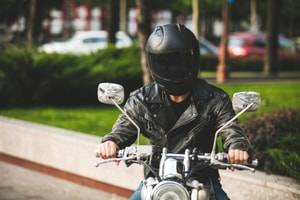 Motorcyclists have every right to use the road as their four-wheeled vehicular counterparts; however, without the safety of the enclosure, they are at a higher risk for severe injury in a collision. Additionally, two-wheeled vehicles are smaller in size and frequently become lost in blind spots.

Although motorcyclists have certain privileges afforded to them by the state, they must also abide by specific responsibilities to ensure they operate safely for everyone involved.

The Legalization of Lane-Splitting

Many motorists frown upon motorcyclists and their right to use the road. This judgmental point of view puts everyone in danger. Not only do motorcyclists have equal driving rights, but they also have additional privileges granted to them by the state of California.

In 2016, California clarified the grey are of lane-splitting for motorcycles. The practice became legal after it became clear that the behavior prevented injuries to motorcyclists. More specifically, motorcycles are allowed to:

Lane Sharing is a Privilege

Imagine two pick-up trucks, passenger cars, or semi-trucks attempting to share the same lane. The idea is nonsensical as we all know that two full-sized vehicles cannot fit side-by-side without a collision. However, on the other hand, two motorcycles driving adjacent to each other is much easier to comprehend, because next to each other, they take up the same amount of space as a traditional vehicle. On all larger California roads where at least two lanes are traveling in the same direction, motorcycle lane sharing is legally acceptable. In fact, lane sharing is legal under both of the following instances:

Most biker accidents occurring in California occur due to the negligence of passenger vehicle drivers. Most collisions result in extensive injuries to motorcycle operators and their passengers. Depending on the details of your case, a San Jose motorcycle accident injury attorney can help you recover financially from medical expenses, pain and suffering, emotional trauma, lost wages, future loss of income, and other potential damages. The attorneys at Corsiglia McMahon & Allard, L.L.P. will defend your rights aggressively earning you the maximum compensation for your collision. Call our experienced attorneys today at (408) 289-1417 to find out how we can help you in a free initial consultation.