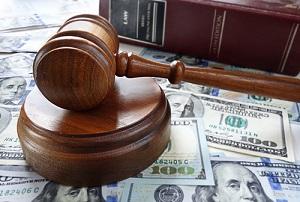 A single occasion of sexual abuse has the power to destroy lives—especially if the abuse involves a child. With time, attention, therapy, and support, sex abuse victims are often able to restore a sense of normalcy to their lives, but the effects of what they have suffered are likely to remain with them in some ways forever. While many victims are hesitant to come forward about what they have gone through—some are afraid to tell even their closest family members—they deserve to be heard and supported when they do. This was exactly the issue before an Orange County court last month, as it handed down a verdict that held family members of a sex abuse victim financially liable for emotional damages and pain suffering.

According to various news outlets, more than a decade ago, the 13-year-old approached her grandmother, who was the co-founder of the Christian evangelist cable channel Trinity Broadcasting Network (TBN). The girl reported that she had been sexually assaulted and possibly raped by a 30-year-old employee of the network. Now age 24, the victim said that the man was fired as a result of her report, but her grandmother blamed and berated her and refused to report the incident to authorities.

In 2012, the girl filed a lawsuit against the network’s parent nonprofit, and while the grandmother died in 2016, the case continued. She contended that her grandmother failed to report allegations of sexual abuse as mandated by her role as an ordained minister and sought $6 million in damages.

In early June, following a three-week trial, a jury in Santa Ana found that the grandmother did not neglect her mandated reporter responsibilities because the girl approached her a family member and not a minister. The jury further found, however, that the grandmother acted outrageously and awarded the victim $2 million in damages—$1 million for past emotional damage and $1 million for future suffering. Interestingly, the jury only attributed 45 percent of the verdict, or $900,000, to the grandmother and Trinity, splitting the remaining liability between the girl’s mother and the alleged rapist, neither of whom were named as defendants so neither were obligated to pay.

About a week after the jury handed down its decision, an Orange County Superior Court judge revisited the verdict. He ordered that Trinity should be responsible for the entire amount of the verdict, and the company must pay interest at 10 percent per year until the full amount is satisfied.

Attorney B. Robert Allard of Corisglia McMahon & Allard, L.L.P., is one of the leading advocates for sexual abuse victims in California and throughout the country. He has helped many victims pursue the justice they deserve and worked to remove sexual predators from positions of authority. If you or a loved one has been the victim of sexual abuse, contact an experienced San Jose personal injury attorney for guidance. Call (408) 289-1417 to schedule a free, confidential consultation with a compassionate member of our team today.