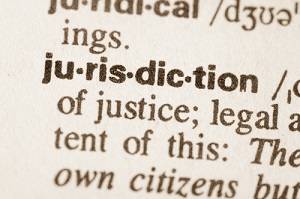 On Tuesday, December 1, the Supreme Court ruled unanimously in its first decision of the new term that a woman seriously injured in a railway accident in Austria cannot file suit for personal injury in an American court.

Berkeley resident Carol P. Sachs lost her legs in a 2007 train accident in Innsbruck, Austria. Ms. Sachs attempted to board a moving train and fell through a gap in the station platform, crushing her legs. She had to have both legs amputated above the knee. Ms. Sachs wanted to sue the railway in a federal California court, based on the fact that she bought her Eurail pass while she was in the United States, from a Massachusetts travel agent via the internet.

Chief Justice John G. Roberts wrote for the court, holding that Ms. Sachs could not sue in the U.S. because all the important events of the case occurred in Austria. Because the events in Austria were the core and foundation of the suit, she must file any lawsuit over the matter in an Austrian court. In his opinion, Chief Justice Roberts cited a 1915 letter from Justice Oliver Wendell Holmes written to future justice Felix Frankfurter, saying that the “point of contact,” or place where the injury occurred, is the crucial moment in the case. Here, the point of contact was in Innsbruck, Austria.

The legal question before the Court was whether the railroad, operated by the government of Austria, was entitled to sovereign immunity. Generally, foreign governments and agencies are shielded from lawsuits in the United States by the Foreign Sovereign Immunities Act. But the Act includes an exception for claims based on commercial activity conducted in the U.S.

A federal district judge in California granted the railway’s motion to dismiss Ms. Sachs’s suit, but Ms. Sachs appealed to the U.S. Court of Appeals for the Ninth Circuit, located in San Francisco. A panel of the Ninth Circuit agreed with the district judge, but the full court let Ms. Sach’s suit move forward. The court stated that selling the Eurail pass in the U.S. was enough to satisfy the exception to the Act.

However, in its opinion, the Supreme Court said that the core of the suit is what matters. To take advantage of the exception, the suit must be based on the commercial activity, rather than the commercial activity being merely incidental to the suit. In Ms. Sachs’ suit, every incident on which the claim was based occurred in Innsbruck—the dangerous conditions in Austria led to an injury in that country.

Ms. Sachs also argued that the Massachusetts travel company should have warned her of the dangers of rail travel. The Court found, however, that without the dangerous conditions in Austria, there would have been nothing to warn about.

If you or a loved has been injured in an accident caused by someone else’s negligence or wrongdoing, please contact the skilled Monterey personal injury attorneys at Corsiglia, McMahon & Allard, L.L.P. for an initial consultation.