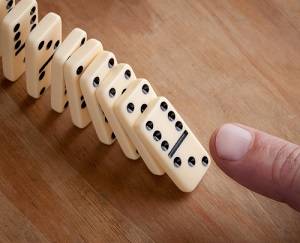 If an accident victim wants to hold another party liable for the victim’s injuries, he or she must show that the defendant’s negligence caused the injury. But understanding who may be held liable can be complex. Sometimes multiple people’s actions contributed to the accident. If someone else’s actions intervened and constituted a superseding cause, the defendant will escape liability for the harm.

But for and Proximate Cause

The test for proximate cause is to determine whether the defendant’s actions were a substantial factor in causing the harm. In the example of the driver at the red light, had the driver’s roommate not lent him his car, the driver would not have been at the intersection to run the red light and injure the pedestrian. But the connection between the roommate’s actions and the pedestrian’s injuries is too attenuated for the roommate to be held liable. The accident was not the roommate’s fault in any way, because there is no proximate cause.

An intervening cause is something that happens in between the defendant’s actions and the accident, and causes the injuries. For example, an adult leaves a loaded gun on a table, where there are children playing nearby. One of the children picks up the gun and shoots and injures another child. Leaving a loaded gun out is negligent, but the child shooting the gun is an intervening cause. This is because the child’s actions happened after the adult left out the gun, and caused the injury.

For example, a grocery store worker mops up a spill, leaving the floor wet, and puts out a caution sign. Another person takes away the sign before the floor has dried, leaving an unmarked slippery spot. A customer slips and falls, injuring herself. Because it was not foreseeable that the other person would take the sign away, the other person’s actions constitute a superseding cause, and the store and the worker are relieved of liability.

Determining who may be held liable for your injuries can be complicated and, at times, confusing. An experienced attorney can help you resolve these issues so that you can recover just compensation for your harm. Please call the experienced San Jose personal injury attorneys at Corsiglia, McMahon & Allard, L.L.P. for a free initial consultation.