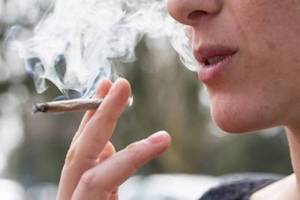 California has only just legalized recreational marijuana, but already, authorities are saying it is responsible for California’s rising car crash rate. The reason for their claim stems from the increase of claims throughout the state, but also a recent study in which nonprofit safety agency, Insurance Institute for Highway Safety (IIHS), found that legalized cannabis was responsible for the increase in drugged driving crashes in Colorado. If you or someone you love has been injured in a drugged driving crash, the following information can help you learn more about your rights, including your right to compensation and how an attorney may increase the chances of a positive outcome in your case.

A Closer Look at the Data

In analyzing the insurance claims filed between January 2012 and October 2016 in Colorado and Washington, two states where recreational marijuana is legal, and then comparing them to the claims filed in neighboring states, researchers from the IIHS determined that marijuana was responsible for about three percent of accidents that the states might not have otherwise had. Granted, some of this data is mere speculation, but another study by the Highway Loss Data Institute has also found that marijuana was responsible for an increase in crashes in Colorado. When combining these two sets of data, it becomes clear that drugged driving is a serious issue throughout any state that has legalized it for recreational use.

When You Are a Victim of Drugged Driving

Like most accident victims, those who have been injured or lost a family member to drugged driving may be entitled to compensation. However, victims are discouraged from taking on such cases alone – for a few reasons. First, victims may not know how to quantify their losses, and they may be unaware of the long-term implications of any sustained injuries. Second, insurance companies are for-profit industries, and they are well-known for denying, delaying, and reducing claims to save themselves money. Do not let this happen to you! Instead, contact an experienced personal injury attorney and obtain advocacy and assistance for your drugged driving claim.

If California offers anything to accident victims, it is an abundance of attorney choices, but in situations that involve involving injury, loss, and grief, victims need more than just a legal advocate. They need someone who is compassionate and accommodating and can aggressively represent them and their best interest. Corsiglia, McMahon & Allard, LLP, we understand your loss and pain, and we will fight for the most compensation possible. Get started on your case by scheduling a free and personalized consultation with our San Jose auto accident lawyers. Call (408) 289-1417 today.