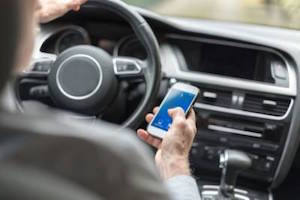 Pokémon Go is an augmented reality game which took the world by storm in the summer of 2016. The game’s unique design and connection to the real world captivated players of all ages. In the game, players gain rewards for moving to different locations and for the travel itself. The game was praised for helping get people outside and moving—a feat that very few video games are capable of accomplishing. Unfortunately, some players were overzealous in their pursuit of in-game rewards and ventured into unsafe areas or became unaware of their surroundings. Other players would play the game while they were driving, leading to very dangerous situations.

Driving While Gaming Proves to Be Extremely Dangerous

A number of auto accidents and a few deaths were attributed to Pokémon Go within the first few months of its release. This prompted the creators of the game to release an update in August 2016 intended to stop players from playing the game while driving. The update included a pop-up message which appeared whenever the game detected you were in a moving vehicle. The message said “You’re going too fast! Pokémon GO should not be played while driving.” To continue playing, the passenger had to tap on the “I’m a passenger” button. Obviously, players intent on playing anyway could simply lie about whether they were driving or not. While the update may have reduced future accidents related to the game, it did not prevent them entirely.

A new study released earlier this month revealed some disturbing statistics about Pokémon Go. Researchers Mara Faccio and John J. McConnell studied the game’s effect on the county of Tippecanoe in Indiana. They estimate that users playing Pokémon Go while driving caused $5.2 million to $25.5 million worth of damages in Tippecanoe in the first 148 days following the game’s release.

By extrapolating the data, study suggested that the game may have caused approximately $2 billion to $7.3 billion of damages nationwide. This figure also includes dozens of deaths and a thousands of injuries. The study concluded that the nationwide “increase in crashes attributable to the introduction of Pokémon Go is 145,632 with an associated increase in the number of injuries of 29,370 and an associated increase in the number of fatalities of 256.” The game’s existence and immense popularity has only added fuel to the fire when it comes to accidents caused by distracted driving.

Of course, not all of the accidents related to Pokémon Go were caused by drivers playing the game. Following the game's release, there were many reports of players on foot who would cross busy streets while playing with little regard for the dangers around them.

Have You Been Hurt Due to Distracted Driving?

If you have been injured as a result of a driver’s negligent behavior, you may be entitled to compensation. Contact one of our trusted Monterey County personal injury attorneys and get the help you need. Call (408) 298-7200 for a free consultation at Corsiglia McMahon & Allard, L.L.P. today.