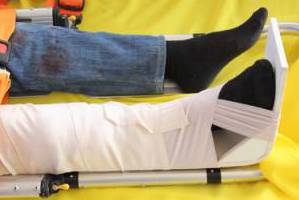 Anyone from any industry can experience a work injury, but the risk tends to be higher for certain industries (i.e. construction, manufacturing, etc.). Interestingly enough, these high-risk industries also employ more minority workers than other industries. Add these two issues together and it is easy to understand the results of a recent study - one in which it was found that minority workers have the greatest risk of a serious work injury.

Researchers from the USC Schaeffer Center for Health Policy and Economics and the Keck School of Medicine of USC recently examined data on work injuries throughout the United States. It was mined from the U.S. Census Bureau’s American Community Survey from 2006 to 2013, which included 11.6 million respondents, and the Survey of Income and Program Participation by the Bureau of Labor Statistics for 1996, 2001, 2004, and 2008, which included 198,000 respondents.

Why the Study is Important

Historically, minorities have endured some of the worst working conditions. To learn that they continue to face an increased risk of injury - sometimes due to a lack of safety and regulation - is devastating and indicates that poor working conditions and a disregard for worker safety is still very much an issue in America. Thankfully, the study does provide evidence that may be able to help improve the working conditions. Further, it may offer knowledge and understanding to those who have suffered an injury on the job and plan to pursue a claim; it may help them recognize that negligence may have been a factor.

Our San Jose Work Injury Lawyers Will Fight for You

At Corsiglia, McMahon & Allard, LLP, we fight for the rights and best interests of our clients. Diligent and experienced, we can examine your case to determine what compensation you may be owed for your injury. We will represent you, every step of the way, and will always pursue the most favorable outcome possible. Learn more by scheduling a consultation with our San Jose work injury lawyers. Call (408) 289-1417.