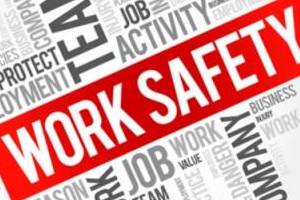 Every day, thousands of workers across the country suffer injuries in the course of doing their jobs. Most such injuries are fairly minor—sprains, strains, scratches, paper cuts, etc. Some, obviously, are significantly more serious, such as those involving falls from heights, dangerous machinery, and exposure to harmful substances. One might assume that such accidents and injuries occur in spite of the heavy emphasis placed on worker safety by most companies, but several recent studies suggest that keeping workers safe may not be the highest priority in many workplaces.

In May 2017, the National Safety Council released the results of a study in which 2,000 workers from more than 20 different industries were surveyed. Each participant was employed by a company with at least 30 employees. The study sought to gauge workers’ attitudes regarding workplace safety and the level to which the workers adhere to safety protocols. More than one-third of the study’s participants (36 percent) somewhat agreed or strongly agreed with the idea that “safety takes a back seat to completing job tasks.”

Workers in certain industries were especially likely to prioritize task completion over safety. Of those in agriculture, forestry, fishing, and hunting, 68 percent agreed with the statement, along with 58 percent of construction workers. Perhaps the most disturbing finding was that 32 percent of the participants agreed that workers “are afraid to report safety issues” to their superiors.

A second, substantially larger study was also published in May of last year. The study looked at almost 870 businesses that publicly announce earnings expectations and business predictions. The researchers found that when pressure is on for companies to meet earnings expectations, the rate of workplace injuries at those companies rises between 5 and 15 percent. The rate of injury is also higher at firms that just barely meet expectations compared to businesses that miss or comfortable exceed predictions.

While factors like unionization and high workers’ compensation insurance premiums may have played roles, the numbers clearly suggest that the pressure to perform can be dangerous for workers. Longer hours, higher work rates, overexertion, and ignored safety procedures have all been shown to negatively affect workplace safety.

If you have been injured on the job, you may have several options for collecting the compensation you need to get back on your feet. Contact an experienced San Jose workplace injury lawyer to discuss your situation at a free, no-obligation consultation. Call (408) 289-1417 for an appointment today.