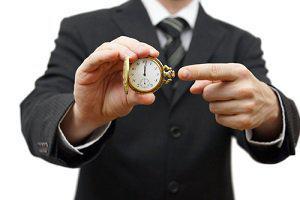 Under California law, there is a time limit to when an injured person can file a personal injury lawsuit. This limit is called a statute of limitations. Statutes of limitations help to ensure that lawsuits are filed when evidence is still available and witnesses’ memories are fresh.

For California personal injury cases, the statute of limitations is generally two years. This means that lawsuits must be filed before two years have elapsed since the date of the event that caused the injury. However, California law provides for several exceptions to this rule.

When the person injured by the accident was a minor, the statute of limitations is not tolled until the victim reaches the age of majority. This means that the statute of limitations does not begin to run until the injured party’s eighteenth birthday. Thus, the victim will generally have two years after turning 18 in which to file a personal injury suit.

In a child sexual abuse case, the statute of limitations is extended to either:

If more than eight years have elapsed since the victim’s eighteenth birthday, and thus the suit was filed under the delayed discovery exception, the victim, the victim’s attorney, and a psychological expert must sign a sworn certificate stating that the case has merit.

If a person sues for injuries resulting from domestic violence, the statute of limitations is either:

When a lawsuit arises from an injury caused by an act that is a felony, the victim has one year after the criminal judgment is entered in which to file a civil suit, unless otherwise provided by statute. Several felonies have statutes of limitations lasting 10 years and which do not begin until the defendant’s period of parole ends.

If a person’s injuries resulted from negligence by a governmental body, he or she must file an administrative claim with the governmental body before a civil suit may be filed in court. The administrative claim must be filed within six months of the date of injury. There are some exceptions to this time limit. The government then has 45 days to respond. If the government body denies the injured party’s claim, he or she has six months from the denial in which to file a suit in court. If the government does not respond, the injured party has two years from the date of the injury in which to file in court.

Statutes of limitations can be confusing, and misunderstanding them can be fatal to your case. If you need the assistance of an attorney, please contact the skilled San Jose personal injury attorneys at Corsiglia, McMahon & Allard, L.L.P. for a free consultation today at (408) 289-1417.