Standard of Care for Minors in California 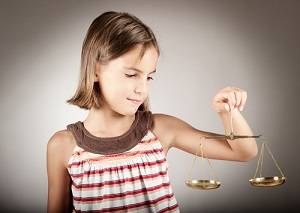 In California, children are not held to the same standards of behavior as adults. This is due to their lack of maturity and inability, in many situations, to understand the consequences of their actions. As a result, children cannot always be held legally accountable for actions that harm someone else and would be considered negligent if committed by adults.

Despite their lack of maturity, children are still expected to exercise a certain amount of care in their dealings with others. This standard of care, upon which they are to be judged, is not based on a comparison to the behavior of a typical or average child of the same age. Instead, minors are judged by a subjective standard, which requires a court to judge them based on the amount of care that a reasonably careful child of the same age, intelligence, knowledge, and experience would exhibit in that same situation.

If a minor was engaging in an adult activity for which adult qualifications are required, like driving, then he or she will not be held to the reduced standard of care expected of a child. Instead, the child will be required to meet the standard established for adults in order to escape liability for his or her negligent actions.

Children under the age of five are not considered capable of contributory negligence as a matter of law. This is because children that young are not considered legally capable of acting with reasonable care. Minors acting in obedience to a parent’s directions are also deemed incapable of being held liable for negligent acts.

If an individual violates a law that was intended to protect the public, then that person will presumptively be considered to have been negligent per se. Usually, negligence per se eliminates the need to prove the duty or breach aspects of a negligence claim at trial. But in the case where the negligent party was a minor, negligence per se can be rebutted by a showing that the child, even though he or she violated a statute, exercised the care that a child of his or her maturity, intelligence, and capacity ordinarily exercises under similar circumstances.

This lower standard is due to the fact that, because a child’s mental capacity determines his or her ability to act prudently, applying a determination that certain acts are considered dangerous to reasonable individuals is illogical, as children may be unable to differentiate what is presumptively dangerous.

If you have been injured by a minor, this can present complex and unique issues of liability in your case. Please contact the skilled San Jose personal injury attorneys at Corsiglia, McMahon & Allard, L.L.P.at (408) 289-1417 to schedule an initial consultation.