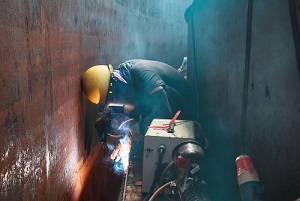 In any workplace environment, the safety of those actually performing the work must remain a top priority. Depending on the industry and the type of workplace, workers may be subjected to hazards related to falls, falling objects, heavy machinery, and extreme conditions, as well as exposure to high heat, electricity, and toxic chemicals. It is not uncommon for dangerous situations to develop as a combination of factors, as was the case earlier this year when a Southern California metal processing worker was injured due to a lack of oxygen in a confined space.

The Role of Cal/OSHA

The Division of Occupational Safety and Health, a branch of the California Department of Industrial Relations and better known as Cal/OSHA, is responsible for overseeing workplace safety in the state. Accidents, however, still occur, and when they do, it is often up to Cal/OSHA to review the case and levy fines and sanctions against negligent entities.

In late August, Cal/OSHA issued a statement announcing a fine of more than $73,000 over serious safety violations at a plant in Garden Grove, in northern Orange County. According to the statement, supervisors at Kittyhawk Inc., a metal processing facility, required an untrained worker to go into a “pressure vessel furnace to perform maintenance on it.” The worker was not equipped with an oxygen sensor, even though the furnace was filled with argon, an inert gas that is much denser than ambient air. Without sufficient oxygen, the worker was overcome by the argon and lost consciousness. A second worker was sent in to help the first, and he too was overcome and lost consciousness. Finally, a third worker used a fan to help ventilate the furnace, providing fresh air. The second worker was treated at a local hospital and released, but the first worker spent the next four days being treated in the hospital.

The fines levied against the company were based on its:

A confined space is defined by Cal/OSHA as one with limited entrances and exits, which is not intended to be occupied by workers on a continuous basis and with at least one of the following characteristics:

If you or a loved one has suffered an injury in a confined space at work, you deserve qualified representation from an experienced San Jose workplace injury attorney. Call (408) 289-1417 to schedule a confidential consultation with a seasoned lawyer at Corsiglia McMahon & Allard, LLP, today.