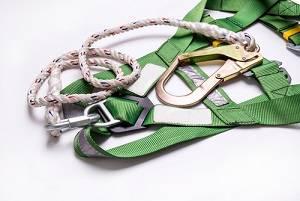 When you show up to work every day, you expect your employer to have taken steps to provide a reasonably safe work environment. Even those who work in relatively more hazardous occupations such as construction and manufacturing have the right to do their jobs in safety. Of course, accidents do happen in the workplace, often the result of unforeseeable circumstances—the right combination of factors that an employer would have no reason to expect. In some cases, however, the circumstances surrounding the accident are not all that unusual and, in fact, could have and should have been prevented.

California’s Division of Occupational Safety and Health, commonly known as Cal/OSHA, recently determined that such was the case following a 29-year-old worker’s fall through a skylight while working on the roof of a building. Cal/OSHA cited the worker’s employer for a total of five violations, including one “willful serious violation” for failure to provide fall protection.

In mid-June of this year, the 29-year-old man was working for Riverside-based Elite Electric Inc. installing solar panels on a building’s roof in Fontana when he fell through a skylight to the floor below, a drop of nearly 30 feet. The man suffered severe head trauma, cognitive impairment, a collapsed lung and multiple fractures, including the pelvis and ribs.

When investigators from Cal/OSHA reviewed the case, they found the building on which the man was working had more than 140 skylights, an access hatch, and open edges along the sides of the roof. The electric company, however, provided its workers with no fall protection whatsoever, according to reports. While the lack of fall protection is bad enough, there was also evidence that the company was aware of its responsibility to provide it—as Elite had already charged its client for fall safety measures. As a result, Cal/OSHA cited the company for a willful serious violation, along with several other violations, and assessed penalties of just over $130,000. [Update, 12/2: Elite has appealed the citation and the appeal is currently pending.]

If you have been injured in the workplace, you may be eligible to collect workers’ compensation benefits. However, if your injuries were caused by willful actions or negligence on the part of your employer, you may be entitled to file a separate personal injury claim to collect additional damages, including those for pain and suffering as well as possible punitive damages.

To learn more about your options following an on-the-job injury, contact an experienced San Jose workplace injury attorney at Corsiglia McMahon & Allard, LLP. Call (408) 289-1417 for a free case evaluation today. We will help you protect your rights and collect the compensation you deserve.