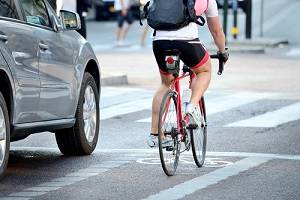 Virtually every driver has experienced being stuck behind someone going slowly on a road with no passing lane. Slow-moving vehicles, of course, are allowed to drive on California’s roadways, but state law requires that they let faster vehicles pass. Additionally, if there is no left lane or passing lane, California’s vehicle code requires them to pull over in the event that a long line of cars accumulates behind them.

California’s slow-moving vehicle law was amended recently, and the changes took effect at the beginning of 2016. Previously, the law required that slow vehicles being followed by five or more vehicles, in a two-lane highway where passing is unsafe, must turn off the road to allow the other vehicles pass. The slower vehicles were required to pull off the road either at the closest place designed as a turnout, or wherever there was an area safe enough to act as a turnout.

The law was amended to say that any vehicle moving slower than the normal speed of traffic at that time, with five or more vehicles behind it, must turn off at the nearest place with signs designating it as a turnout, or wherever there is a safe place to do so.

A turnout is a place along the road designed to give slower vehicles a place to pull over while speedier ones pass. Generally, a sign will be posted saying “Slower Traffic Use Turnout.”

There is no set speed to determine what constitutes a slow-moving vehicle. The law simply requires that if a driver sees that there is a long line of cars behind him or her, waiting to pass, the driver must pull over as soon as it is safe.

Bicycles are specifically included in the law. Normally, bicyclists who are moving at a lower speed than the main flow of traffic must keep as close as is safe to the right-hand edge of the roadway. But when roadway conditions, including fixed or moving objects, pedestrians, animals, surface hazards, or narrow lanes, make it unsafe for a bike to keep close to the edge, the cyclist must follow the slow-moving vehicles law and pull over into designated turnouts if at least five vehicles are trailing him or her.

The law helps to ease congestion along rural and other two-lane roads that do not have room for vehicles to pass. It also works to cut down on road rage from drivers who are in a hurry, but who are stuck behind slow vehicles on long roads with no way to pass.

While driving or riding a bicycle, be sure to be aware of other vehicles in the road when you pass anyone. If you have been involved in an accident because of another’s negligence or reckless driving, please call an experienced San Jose personal injury attorney at Corsiglia, McMahon & Allard, L.L.P. for an initial consultation.