Six Common Mistakes to Avoid After a Car Accident 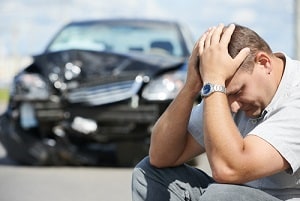 When you have been involved in a car accident, the moments immediately following the crash can be a whirlwind—especially if you or another party has been injured. In the flurry of activity at the scene, it can be difficult to remember to do all of the things that should be done to ensure that your rights are fully protected in the weeks and months to come. Unfortunately, many victims make similar mistakes after an accident, placing the future of their case in jeopardy.

Mistake #1: Not Calling the Police

If there is going to be any type of insurance claim filed for the accident, the police should absolutely be notified. While it is not irrefutable proof of anything, the responding officer’s report provides a starting point for the insurance companies and any possible lawsuit down the road. When the police are not involved, the case becomes your word against the other driver’s—a much more challenging situation.

Too often, those who have just been through a car accident tend to forget that they have a powerful tool at their disposal on the scene. Virtually all of today’s cell phones are equipped with camera features, meaning that you have the ability to capture the scene immediately after an accident. Insurance adjusters and other investigators may be able to get pictures of the damage to your vehicle later, but the details of the scene are often just as important.

Even if you do not think you are hurt, it is always a good idea to get checked out by a medical professional, especially if an ambulance has been dispatched to the scene. Some accident-related injuries may not become evident for several hours or even days after the fact, but a doctor can identify potential problems before they are symptomatic. In addition, your examination record can provide valuable evidence if you need to take legal action in the future.

You may be completely convinced that the accident was your fault, but saying so to the police or the other driver can be problematic. If you admit fault or start to apologize, the other party’s insurance company is going to take you at your word, even if there is more to the story. While you should not lie to the police about what happened, other factors—unknown to you at the time—could have played a role in the crash. For example, you may have lost control of your car, but the other driver may have been texting while driving at the same time. Admitting fault in such a situation could prevent an investigation from determining that the other driver was at least partially to blame as well.

Mistake #5: Failing to Report the Accident to the DMV

Under California law, any accident that causes an injury, death, or property damage exceeding $1,000 must be reported to the Department of Motor Vehicles within 10 days. Given the current costs of auto-related repairs, this covers virtually every accident in the state. Both drivers—or more if the accident involved more than two vehicles must file a separate report. If you forget to file a report, your driver’s license could be suspended.

Mistake #6: Not Calling a Lawyer

If you have been injured in an auto accident, insurance companies may be pushing you to accept a quick settlement. Unfortunately, most such settlements are far less than victims need to put their lives back together. That is why it is so important to contact an experienced Monterey County personal injury attorney as soon as possible following an accident. At Corsiglia McMahon & Allard, L.L.P., we are committed to helping you seek the full compensation you deserve. Call us for a free consultation today.