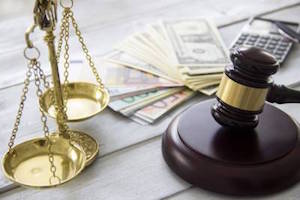 In many personal injury cases, injuries are caused by more than one party—also known as a tortfeasor. If multiple parties have contributed to the harm, determining whom to sue and which damages can be collected from each tortfeasor can quickly become confusing.

Historically, the rule for all types of damages was joint and several liability. Joint and several liability means that the injured party can collect all damages from one tortfeasor alone, even if that party was only partially responsible for the harm. That tortfeasor is then responsible for going after the other tortfeasors to collect their shares of the damages. This became known as the “deep pocket” rule because injured parties would often sue only the wealthy tortfeasors even if they were minimally at fault. The wealthy tortfeasors would have to pay the full amount of damages and then, on their own, would have to compel the other defendants, who were sometimes insolvent and unable to pay, to reimburse them.

Presume that Sharon is staying on the second floor of a hotel. The hotel’s stairwell is being repainted by a contractor, who negligently leaves a bucket of paint and other supplies in the stairwell overnight. During the night, Sharon goes down the poorly lit stairs and trips over the painting supplies, falling and injuring herself. Sharon is seriously injured and is temporarily unable to work. She sues both the hotel and the contractor for hospital bills, lost wages, and pain and suffering.

At trial, the jury awards Sharon $70,000 in medical bills, $30,000 in lost wages, and $100,000 in pain and suffering. The jury determines that the contractor, which is an uninsured small business, is 75 percent at fault, and that the large hotel is 25 percent at fault.

Because of joint and several liability, Sharon may collect the full amount of her economic damages, which total $100,000, from either tortfeasor. This means that though the contractor does not have much money, Sharon will still be able to collect the full sum from the hotel, who then can pursue the contractor for its share of the economic damages.

Determining whom to sue and from whom to collect damages is only made more difficult when multiple parties are at fault. If you or a loved one has been injured by the actions or negligence of another party or parties, please contact the skilled Monterey County personal injury attorneys at Corsiglia McMahon & Allard, L.L.P. for a free consultation today at (408) 298-7200.