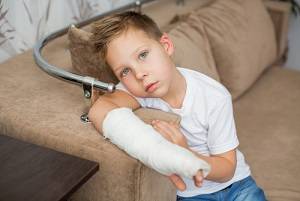 In California, when a minor is injured because of another’s negligence, he or she may reach a settlement with the negligent party to recover compensation for the harm the minor has suffered. California law requires the court to approve any minor’s settlement agreement, with no exceptions, and no matter the size of the settlement.

The first step in obtaining court approval, once a settlement agreement has been reached, is filing a petition called a Minor’s Compromise. The petition, which is filed by the child’s guardian ad litem, is required to include information such as:

After the Minor’s Compromise is filed, there will be a minor’s compromise and release hearing in court to obtain the court’s approval of the settlement. In some cases, a minor may file an Expedited Minor’s Compromise, which has no requirement for a court appearance.

The court determines what happens to the remaining portion of the settlement proceeds left over after paying attorney’s fees, costs, medical bills, and other expenses. The court must ensure that the money will be used for the minor’s benefit until he or she turns 18. Generally, the court orders the money to be deposited in a blocked bank account, which means no one can withdraw any amount from the account without a court order.

If the parties do not obtain court approval for their settlement agreement, the minor, upon reaching age 18, can bring his or her own lawsuit against the at-fault party for the injuries sustained in the original accident. Alternately, the child’s guardian ad litem can disaffirm the suit and start anew.

If your child has been injured in an accident caused by another’s negligence or recklessness, please call the dedicated San Jose personal injury attorneys at Corsiglia, McMahon & Allard, L.L.P. at (408) 289-1417 to schedule a consultation.