Self-Driving Vehicles and the Future of Car Accident Claims 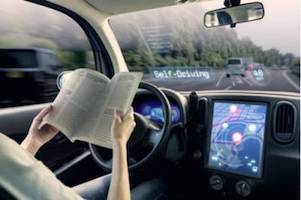 Last month, a French automaker launched a free, self-driving shuttle vehicle in downtown Las Vegas with the intention of showing how autonomous vehicles could be used for public transit. Unfortunately, the project’s first day came to a crashing halt, literally, when a semi-truck backed into the driverless shuttle. While the accident was not serious and nobody was hurt, it raised all of the usual questions about the safety of autonomous vehicles and who may be responsible when they are involved in crashes.

Accidents are Going to Happen

Two years ago, researchers at the University of Michigan took a look at the first million miles driven by autonomous vehicles. At the time, most such vehicles were Google cars, but others were included as well. The study found that driverless vehicles were involved in more accidents per mile than human-piloted cars, though nearly all of the crashes were minor. Most importantly, every single one was the fault of the other vehicle—with a human driver.

The study’s finding suggests that the biggest challenge facing self-driving technology is predicting the behavior of other vehicles on the road. Take the Las Vegas accident as an example. In that case, the crash occurred because the truck backed up unexpectedly—a possibility that the shuttle’s software had not been configured to consider. As long as there are human drivers who have the ability to act illogically, driverless cars will be at a disadvantage.

When a person is driving, he or she may be faced with a dangerous situation in which an immediate decision must be made. For example, if you are driving down a two-lane rural road at 55 miles per hour and an oncoming vehicle swerves suddenly into your lane, you have several choices and none of them are very good. You could try to veer into the oncoming lane and hope the other car continues in your lane. You could pull the wheel the opposite direction toward the shoulder, possibly into a ditch or a tree. Or, you could continue on your current path and pray for the best.

As difficult as it is to know what you would do in such a scenario, what should an autonomous vehicle do? Will it decide that your safety is more important than that of the occupants of the other vehicle? What if the other vehicle is a school bus or an ambulance? Of course, it is easy to get caught up in hypotheticals, but accidents occur in unusual circumstances every day.

Collecting for Your Injuries

Experts point out that the biggest disadvantage of autonomous vehicles is that that currently drive too properly. They stop completely at stop signs and obey the speed limit, often putting them at risk for being hit by less careful human drivers. But, if a driverless vehicle does cause an accident, who can be held liable? The answer will likely depend on the circumstances of the crash. If a parts defect results in an accident, the manufacturer is likely to be responsible while errors in the car’s logic could leave the software company liable.

Thus far, there have been relatively few serious injuries involving self-driving cars but as more autonomous vehicles are put into service, it is only a matter of time before that reality changes. If you or a loved one is injured in a crash involving a driverless vehicle, an experienced San Jose personal injury attorney can help you explore your available options. Call (408) 289-1417 for a free consultation at Corsiglia McMahon & Allard, L.L.P. today.