Reported Workplace Concussions on the Rise 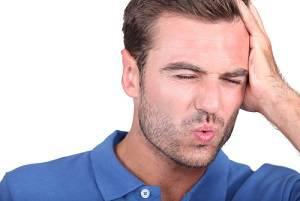 According to recent statistics, the number of reported concussions suffered in the workplace has risen dramatically in the last several years. When a person suffers a concussion, the effects can be frightening and disconcerting, leading to a variety of physical symptoms and, in many case, significant time missed from work.

Over the last several decades, we, as a society, have become much more aware of the dangers associated with head and brain injuries and, in particular, concussions. There have been countless news reports, documentaries, and feature films about such injuries and how they are impacting those who participate in high-impact sporting activities such as football and professional wrestling. We have even witnessed a number of tragic deaths that have been posthumously linked to the effects of chronic traumatic encephalopathy (CTE), a degenerative condition associated with repeated head trauma.

Some are speculating that the increased focus on head injuries and concussion in sports is being transferred into other areas as well, including workplace safety. This, it seems, is resulting in more workers identifying and reporting concussions when such injuries happen on the job.

Insurance carriers have indicated that, since 2012, they have seen a much larger number of reported concussions and similar head injuries than in years past. In fact, one insurer reported an increase of 48 percent in lost-time concussion injury reports. There is no reason to believe that workplace conditions and hazards have changed very much in that same time, which leaves only one alternative: more workers are realizing they have suffered a concussion on the job and are now more likely to file an injury claim.

Some concussions are more obvious than others, especially when the symptoms develop quickly and cause issues with work performance. According to Travelers, the average concussion injury results in 27 days of missed work, compared to 78 days for a fracture and 24 days for cuts or punctures. When concussion symptoms are delayed, however, or misdiagnosed as a stress or tension headache, such injuries can go unreported and, therefore, untreated for far too long. Beyond the obvious health issues, this can also lead to problems in obtaining proper compensation for such injuries, as they are often dismissed as not work related.

If you have suffered a head injury or a concussion at work, you need to be fully aware of all of your available options. Contact an experienced San Jose workplace injury attorney at Corsiglia McMahon & Allard, LLP, to discuss your situation today. Call (408) 289-1417 for a free consultation with a knowledgeable lawyer who can help you get the compensation you deserve.