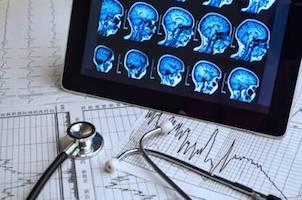 Statistics indicate that, each year, nearly two million Americans are affected by traumatic brain injury (TBI). Approximately 52,000 of them are fatal, and many others result in long-term disability. Yet around 80 percent of them are fairly minor, leaving the victim with a healing period of weeks to months. What makes the difference between these healing times, and is there anything that can improve the outcomes? The following explores these questions further, and provides detailed information on how you can improve your chances of fair compensation for the injury of you or a loved one.

Traumatic brain injury is far more than just a bump on the head. It causes trauma to the brain itself, which causes prolonged, internal swelling. If the brain swells enough, it can cause permanent brain damage and/or death. Unfortunately, the only medications available to treat the condition do not address the swelling; they only treat the residual symptoms of the injury. One Duke researcher has spent the last two decades trying to resolve this issue.

In the mid-1990s, the Duke researcher began focusing on a genetic protein variation known as apolipoprotein E (apoE). Specifically, the variant apoE4 seemed to share a connection with poorer outcomes after a TBI. He began doing more research on this particular protein. In 1997, he found that mice suffering from a deficiency of apoE had poorer outcomes after a stroke. Then, in 2001, these findings were verified and expanded upon in a study that found animals with the apoE allele had better outcomes than animals without it.

Unfortunately, apoE does not easily cross through the blood-brain-barrier. This makes the administration of the protein as a drug rather difficult. It has taken more than a decade to find a possible solution, but a recent study suggests the Duke researcher may have found it.

Using a peptide of five amino acids, the Duke researcher and his colleagues developed the drug CN-105. When given through an IV every six hours during a first-phase clinical trial, it was found to be both safe and tolerated. The second phase of the study will focus on whether the drug is as efficient as hoped in reducing the swelling in those suffering from brain hemorrhages and/or severe traumatic brain injury. It is hoped that the medication will be a revolutionary breakthrough for an all-too-common injury.

When negligence causes injury, victims have the right to pursue fair compensation. Unfortunately, insurance adjusters, corporations, facilities, and other responsible parties often attempt to avoid paying. In some cases, they may go so far as to further victimize the injured party or attempt to minimize the pain their negligent actions have caused. This is why every victim needs assistance from an experienced attorney.

If you or someone you love has suffered a TBI, contact Corsiglia, McMahon & Allard, LLP. Dedicated to your best interests and prepared to fight for your rights, we will aggressively pursue the most favorable outcome possible in your case. Schedule a consultation with our San Jose TBI lawyers for more information. Call (408) 289-1417 today.