Radiation Exposure in the Workplace 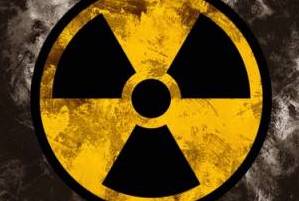 Radiation is energy that travels through space. The sun produces radiation which we see as light and feel as heat. Not all radiation is bad. For example, a microwave heats a bowl of vegetables via radiation, and no harm will come to you if you eat that bowl of vegetables. Similarly, the music you hear from your car stereo is transmitted by radio waves, which are another type of radiation. However, some types of radiation can cause permanent damage and death. Many of those exposed to dangerous or deadly levels of radiation are exposed at their place of work. If you have suffered injuries or illness from radiological exposure on the job, you may be entitled to collect damages.

What are Harmful Types of Radiation?

Non-ionizing radiation is an electromagnetic radiation that does not have enough energy to ionize atoms or molecules, which means that it does not have enough energy to remove an electron from a molecule or atoms. However, with enough exposure, even non-ionizing radiation can cause permanent damage to the skin and eyes. Similarly, ionizing radiation, which has more energy and can destabilize tissue and cell walls, may cause serious and permanent damage to the human body, according to the Occupational Safety and Health Administration. Beta and gamma radiation are the most dangerous types of radiation. Occupations that are prone to abnormal radiological exposure include:

Symptoms of exposure or radiation poisoning do not always present immediately. In fact, immediate symptoms are usually seen only in the most serious cases. Otherwise, symptoms such as nausea, vomiting, diarrhea, dizziness, weakness, and even hair loss and systemic infections may not develop for hours, days, or even weeks after the exposure.

If you suspect that you were exposed to radiation while at work and such symptoms begin to appear, it is important to seek medical attention immediately. Keep in mind that symptoms may present in two distinct rounds. The first round usually includes nausea and vomiting followed by a brief period with no apparent symptoms or illness. More serious symptoms may develop shortly thereafter.

Radiation exposure can cause serious health conditions, such as cancer, and even death. If you or a loved one has been exposed to radiation at work due to another party’s actions or negligence, you may be able to collect compensation for your medical bills, lost wages, and pain and suffering. Contact an experienced San Jose workplace injury attorney to discuss your case today.