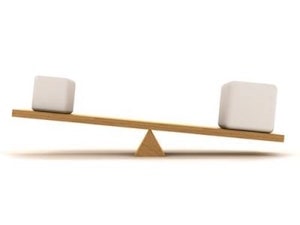 Lawsuits for traffic accidents and other injuries are, at their heart, about assigning fault to one of the parties. The court's goal is to examine the evidence and determine whether it was the defendant's fault that the plaintiff was injured. Some accidents are simple enough for this to be obvious. For example, if one party is obeying all the rules of the road and the accident happens because another driver runs a red light while texting and speeding, then fault is easy enough to assign.

However, this way of looking at things often oversimplifies the events that led to the accident. In many cases, both drivers were careless in some way—or many ways—and both are partially to blame for the crash. Such a situation, at one point, used to give rise to an affirmative defense known as “contributory negligence.” Affirmative defenses are arguments the defendant may use to acknowledge that he or she did do what the plaintiff alleges, but puts forward additional information to justify the actions or escape liability. Under the old contributory negligence laws, all a defendant needed to do was show that the plaintiff negligent in some way that contributed to the accident. If the defendant could show the plaintiff’s negligence, the plaintiff could no longer recover for his or injuries.

This type of law still exists in several states, but the California Supreme Court established a new standard for the Golden State in 1975. Under the new standard—known as pure comparative negligence—the actions and negligence of both drivers may be accounted for and still result in an award of damages to the plaintiff.

This legal doctrine is probably best understood through an example. Suppose two drivers, A and B, are coming to a stop sign. Driver A slows down but performs a “rolling stop” through the intersection. Meanwhile, driver B is going 25 miles over the speed limit. Driver B runs through the stop sign and collides with the side of driver A's car. If driver A were to sue, the jury would have to compare the fault of the two drivers. The jury may conclude that B's speeding was the main cause of the accident, but A's failure to stop contributed to the accident. Supposing they split the fault 90 percent and 10 percent; B would only be responsible for paying for 90 percent of A's damages.

In the event that the plaintiff’s negligence caused more than half of the accident, it may be an indication that the defendant has grounds for a countersuit. Consider the above example again with everything the same except that both drivers were injured and driver B filed suit instead of A. Given the same assignment of fault, B would be entitled to collect 10 percent from A. The outcome may encourage A to file a countersuit for his or her own injuries, presuming the statute of limitations has not expired.

If you or a loved one recently suffered an injury in a traffic accident where fault is in question, contact a Monterey County personal injury attorney. Call (408) 298-7200 for a free consultation with Corsiglia McMahon & Allard, L.L.P today. We will help you protect your rights and obtain the full compensation you deserve.