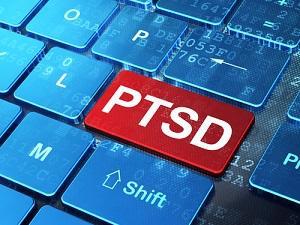 When most people think about the various injuries that a car accident may cause, they tend to consider things like broken bones, whiplash, concussions, and other physical conditions. Physiological injuries are certainly the most obvious types of injuries that often affect auto accident victims, but they are not the only kind. Those who have been involved in a car accident may also suffer emotional and psychological injuries, possibly including post-traumatic stress disorder, or PTSD.

You have probably heard of post-traumatic stress disorder, but those who have not dealt with the condition within their own families are often unfamiliar with how the condition may present itself. PTSD is a psychiatric problem that some individuals develop after experiencing or witnessing a life-threatening event. From a physiological perspective, scientists are still trying to determine risk factors and how PTSD affects a person’s brain, but the mental and emotional effects are very real.

PTSD has long been associated with combat zone service by members of the armed forces. As early as Homer’s The Iliad, there have been references to the psychological response to violence and trauma, and terms like “nostalgia” and “soldier’s heart” were used throughout the years to describe the condition. In the World War I era, what is now called PTSD was known as “shell shock,” as Army medics linked the condition with soldiers who survived artillery shell explosions. By World War II, the condition was called “Combat Stress Reaction” or “battle fatigue” but was often dismissed by military leaders—including General George Patton—as a made-up problem.

When the American Psychiatric Association released its first Diagnostic and Statistical Manual of Mental Disorders (DSM-I), the list included “gross stress reaction.” It was not until 1980 when “post-traumatic stress disorder” was added to DSM-III following research that included returning Vietnam veterans, Holocaust survivors, and victims of sexual trauma.

Mental health professionals now recognize that PTSD can develop in victims of violent car accidents as well. While those diagnosed with PTSD will experience symptoms differently, the most common types of symptoms include:

In addition to the common symptoms of insomnia, depression, and uncontrollable anger, those who develop PTSD after an auto accident may find themselves unable to drive or even get in a car due to the effects of the condition.

There are variety of treatments available to help those suffering from PTSD, and the most effective approach will depend the individual. Some require long-term psychotherapy, some are helped with medication, and many need a combination of both. With that in mind, it can be very difficult to estimate the future costs associated with PTSD treatment for the purposes of negotiating a financial settlement.

For this reason, it is crucial to work closely with an experienced San Jose auto accident lawyer. At Corsiglia McMahon & Allard, L.L.P, we understand that PTSD can have a dramatic effect on your quality of life and that of your family. We will work hard to get you the full compensation you deserve. Call (408) 289-1417 for a free consultation today.