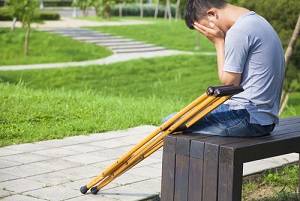 Car crashes can cause a wide range of serious physical injuries, such as broken bones, whiplash, and head trauma. However, even after these types of injuries heal, survivors are still often left with emotional scars and psychological injuries that, in many cases, are much more difficult to treat.

Some of the most common psychological injuries that car accident victims sustain include:

The severity of the trauma will depend largely on the details of the particular accident, such as whether or not a serious injury or death resulted. However, there are some standard symptoms that are indicative of a psychological disorder, including:

It is much more difficult to establish a link between a car crash and psychological injuries than it is to prove a physical injury, such as a broken arm. This is due to the fact that many individuals are not immediately aware of the extent of the emotional trauma they sustained as a result of an accident and so do not seek treatment until much later. Severe mental and emotional injuries must still be proved with medical testimony, however, so personal as well as expert testimonies are vital in proving that a psychological injury occurred as a result of the accident.

Minor claims of emotional distress may not result in substantial awards. However, more serious claims of psychological injury, such as those requiring mental health treatment, may proportionally increase a victim’s damages to compensate him or her for the medical bills associated with treatment. Juries may even recognize a claim for lost earnings in severe cases where a victim’s mental anguish is so serious that he or she is unable to sustain employment.

In California, uninsured drivers cannot recover non-economic damages, such as pain and suffering, even if the other driver’s negligence or wrongful act was the sole cause of the crash. One important exception to this rule applies when the negligent driver was operating his or her vehicle under the influence of drugs or alcohol and was later convicted of DUI. In such a situation, the uninsured party may still recover non-economic damages from the at-fault party.

In California, the victim of another person’s negligence has only two years from the date of the accident to file a claim against a negligent party. A failure to file within this time limit will result in the claim being barred, which means that a victim will be unable to pursue recovery in court.

Psychological injuries that are sustained as a result of a car crash can be devastating for victims and their families. If you or a loved one have been injured in an accident, an experienced attorney may be able to help you obtain compensation for the emotional or mental harm you suffered. Please contact the dedicated San Jose personal injury attorneys at Corsiglia, McMahon & Allard, L.L.P. for a free consultation at (408) 289-1417.