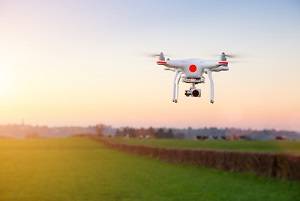 Last fall, a Pasadena toddler was injured when shrapnel from a recreational drone that had collided with a tree struck her as she rode in her stroller. Around the same time, a little boy in the United Kingdom was partially blinded by an out-of-control drone being flown by a family friend. Two newly introduced California bills aim to prevent as many of these types of injuries as possible, while also holding those who do injure others responsible for their actions.

In efforts to prevent injuries, the Federal Aviation Administration (FAA) established a series of safety guidelines aimed at hobbyists and recreational drone operators. The requirements include directives for operators to:

Failure to comply with these regulations can result in a fine.

Some critics believe that federal regulations are not enough to guarantee the safety of citizens. In response to these concerns, Assemblyman Mike Gatto drafted and introduced the Drone Registration/Omnibus Negligence-prevention Enactment (DRONE) Act. If passed, the law would require drone owners to purchase inexpensive insurance policies for their unmanned aircrafts. In efforts to further hold drone operators financially responsible for injuries to others, all owners would also be required to register and obtain licenses for their devices.

The bill also proposes a solution to complaints made by pilots that drones endanger the safety of passengers in manned aircraft. The bill would require that all drones be equipped with a GPS and automatic kill switch that would activate whenever the unmanned vehicle flew too near an airport.

Another bill to be introduced this year is also aimed at ensuring that operators involved in accidents are held responsible for injuries caused by their drones. If passed, Assembly Bill 1662 would require a recreational drone operator who is involved in an accident in which a person or his or her property is injured to land the drone at the nearest and safest location. In addition, the drone operator must either:

A failure to adhere to these requirements would constitute a misdemeanor offense, which carries up to a six-month jail sentence and the required payment of a $1,000 fine.

The provisions of Assembly Bill 1662 would not apply to:

If you have been injured by a recreational drone, you may be entitled to compensation. Please contact the caring San Jose personal injury attorneys at Corsiglia, McMahon & Allard, L.L.P. for a free consultation.