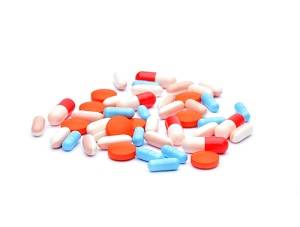 Drugs containing the antibiotic chemical Fluoroquinolones are prescribed for a number of common illnesses, such as urinary tract infections, pneumonia, and bronchitis. Many well-known drugs contain the chemical, including Cipro, Levaquin and Avelox. In 2013, the Federal Drug Administration (FDA) reported that Fluoroquinolones could lead to severe problems like peripheral neuropathy which can cause pain, numbness, and weakness throughout the body. Furthermore, the FDA announced that problems caused by the chemical could be permanent. Thousands of individuals across the country have since brought product liability suits against the manufacturers of the drugs, most claiming that they were inadequately warned of the risks when they received their prescriptions.

In 2006, a consumer advocacy group filed a petition with the FDA, requesting the addition of a new mandate requiring pharmaceutical manufacturers to add specific risks like tendon and nerve damage on the labels of drugs containing Fluoroquinolones. Finally, in 2008, the FDA agreed to the requirement. But it was not until 2013 that the FDA finally required that an obvious and complete notice be placed on the labels of drugs containing Fluoroquinolones, warning that consuming the drug could lead to rapid-onset, irreversible peripheral neuropathy.

Since the effects of the drugs have become widely known, thousands of lawsuits have been filed against the manufacturers of Cipro, Levaquin and Avelox. The plaintiffs allege that the company did not provide adequate warnings concerning the seriousness of the possible side effects, especially peripheral neuropathy. To support their arguments, most plaintiffs are relying the legal theory of strict liability, fraud, failure to warn, or negligence.

Plaintiffs arguing strict liability claim that even though the defendant drug companies knew that the drugs posed unreasonable risks, they failed to include adequate warnings on their labels. Other plaintiffs are basing their suits on the concept of fraud, claiming that the drug companies purposely misrepresented the safety of the drugs they produced.

In addition, some plaintiffs are basing their arguments on the theory of failure to warn, claiming that the defendants were negligent and reckless in their failure to include warnings of the nature and permanency of potential side effects. Finally, under the theory of negligence, some plaintiffs argue that the drug companies breached their duty to consumers when they distributed drugs containing Fluoroquinolone, because they did not conduct appropriate tests and surveillance to ensure that the drug was safe.

If you or a loved one took a drug containing the antibiotic Fluoroquinolones and sustained permanent peripheral neuropathy or other nerve damage, you may have a products liability claim. It is vital that you retain a personal injury attorney to help you evaluate your case. Please contact the passionate San Jose personal injury attorneys at Corsiglia, McMahon & Allard, L.L.P. for a consultation today at (408) 289-1417.